Northern Norway for Tourists: Photos to Inspire a Trip to Norway

As someone who travels a lot, I often have people ask me about the most beautiful places that I’ve gotten the chance to visit. Quite simply and matter-of-factly, Norway is always my top answer. My trip to the Lofoten Islands and the rest of northern Norway was just unforgettable. Norway for tourists is very welcoming, safe, and has so many jaw-dropping views to offer, and in evidence of this, today’s post has 15 photos. If you are lucky, you will get to see the Norway northern lights!

I’m pretty confident they will inspire you to add Norway somewhere near the top of your bucket list.

Norway was also such a clean place, so combine that with being full of breath-taking landscapes, and being a host of the amazing northern lights, it adds up that Norway truly is a dream destination.

My friend Joel Schat came along with me and helped to document the trip. His photos and video are always amazing!

The Seasons in Northern Norway

One of the things that makes Northern Norway such a great place to visit is the fact that you can have a wonderful experience during any time of the year. It really just depends on you and what your preferences are. The land of the midnight sun provides 24 hours of light during the summer, meaning so that you can go for a walk, a hike, or fishing at any time.

On the other hand, winter in the far north can be difficult, but this also depends on your perspective. Are you excited to see the northern lights? The area is famous for them, those colourful lights that seem to dance through the soft, velvety night sky. If this sounds like something you want to see, then it’s more than worth the dark hours and cold temperatures.

The Time of Year to Visit Norway

When we visited Norway, it was early September. While the weather was cool, I wouldn’t say it was cold just yet. We were still there at a great time to spot the Aurora Borealis, so it was kind of the best of both worlds! What’s even better was that there were still plenty of daylight hours this time of year. That’s an element of Norway travel that you should consider, especially when you visit the northern parts.

If you really would prefer not being there with mostly dark hours in the day, then September may be a perfect time for you to go.

About the Lofoten Islands in Northern Norway

The Lofoten Islands are stretched out across the Norwegian Sea, and located just north of the Arctic Circle. The area actually has a mild climate considering how far north it’s located. This is due to the warm Gulf Stream. In the Islands, you can also try catching a glimpse of the midnight sun between late May and mid-July. If your main goal is to see the northern lights, however, you’ll want to come any time from September through mid-April.

The Lofoten Islands also has a pretty rich Viking history. If you weren’t already sold on checking out Northern Norway before, its connection to the world-famous Vikings just adds another layer of interesting to the whole experience!

Getting to Northern Norway

It was a very long trip to get to the Lofoten Islands. We took multiple flights, and ultimately ended up needing a full day of travel to arrive. First, we flew from Vancouver to Copenhagen, and then we got another flight to Oslo. From there, we flew on a smaller plane toward Tromsø. Tromsø is a city I’ve made a mental note to go back to and spend more time in! For this trip though, we were only passing through.

Finally, we took the final leg of our journey via a flight to Leknes. We then rented a car in Leknes, which is when we drove the hour or so southward to Hamnøy in the Lofoten Islands. Once we arrived in Hamnøy, we stayed at the Eliassen Rorbuer cabins.

Staying in the Eliassen Rorbuer in Hamnøy

Many of these photos are from our stay at the Eliassen Rorbuer in Hamnøy.

If you make your way to the Lofoten Islands in northern Norway, make sure you enjoy a memorable stay in one of Lofoten’s famous fishing huts. Situated high above the tidal wаtеrѕ of many fіѕhіng vіllаgеѕ around Lоfоtеn, many of thеѕе “Rоrbuеr” (or “Sjøhuѕ”) have bесоmе ideal accommodation for Norway tourists exploring the rеgіоn.

Originally built for just one night’s stay for angler fisherman, these spring homes are now available for rental as fully equipped luxury suites. They are often made up of two or three floors, and come complete with bunk beds and a stove in the kitchen area.

Other Areas in Lofoten We Visited

We visited the oldest fishing village in Lofoten, which was small but incredibly beautiful. It is actually соnѕіdеrеd one of the most рісturеѕԛuе towns within the municipality of Moskenes. Moskenes іѕ аlѕо a popular tоurіѕt dеѕtіnаtіоn all by itself bесаuѕе of іtѕ beautiful аnd unspoilt nature.

Similarly to Hamnøy, visitors who come to Moskenes usually stay in the original fisherman’s cottages. The oldest few of these structures date back to the 1890s! Today, all the amenities in the Lofoten Islands are installed indoors including internet. They more than provide a comfortable stay within the wilderness they’re surrounded by. Tourists саn also enjoy renting bоаtѕ аnd bіkеѕ, go experience Norway hiking, аnd plenty of fіѕhіng all around them.

Norway for Tourists to see the Norway Northern Lights

Okay—let’s talk about the aurora for a second now. This trip was my first time ever seeing the northern lights and I was literally in awe. I have now seen them a few times in other locations since this trip to Norway. Believe me when I say, though: the aurora never loses its magic when you see it. No matter how many times, or at least in my experience!

If you want to catch views of the beautiful northern lights while you are visiting Norway, there may be no better place than on the beautiful island of Senja. While here we stayed at the Hamn i Senja.

We drove about six hours from Hamnøy to reach Senja, and the drive was very easy on the eyes! We passed by plenty of charming fishing villages, and enjoyed non-stop dramatic scenery. You’ll want to take lots of photos on this drive! Norway for tourists on road trips is an ideal destination.

If you travel to the island of Senja in Northern Norway, you’ll stay in a charming hotel just behind the harbour the Hamn i Senja. This harbour is made up of a picturesque bay where the aurora borealis is often seen. Directly above the hotel, there is a hill where you can find a magnificent view of the fjords and the Arctic sky. You will also find a “lighthouse” that gives you the opportunity to enjoy this spectacular natural phenomenon.

The resort right off highway 86 and rests in a fishing village from the 1800’s. The island doesn’t have a high population of people, so to find this beautiful resort right in the middle of all that land was so cool. The fact that it’s right on the water is what won me over, personally. When you see the northern lights, they also reflect off the water which can make it doubly beautiful. This makes a memorable trip to Norway.

Northern Norway also had some of the yummiest food I have ever had. I got to taste whale and had the freshest fish a girl could ask for! You could also try Lutefisk, which is a fish dish that is very gelatinous. Pickled herring is one of the ancient dishes that Vikings ate. If you want to get a taste for how the Vikings lived, you can get a literal one by trying the pickled herring! Lefse is a tradition flatbread that locals eat mainly during holidays in Norway. Kumla is another popular dish which is basically a tender potato dumpling. Don’t forget dessert—krumkake is traditional one they eat when they get a sweet tooth.

I love trying local favourite foods when I visit new places. It’s like stepping into a new life for a brief time, and experiencing the environment where they’ve usually spent their whole lives. Then you also get to eat foods the locals have always eaten, which can often be so new for outsiders. Experiencing new cultures is always fun, and trying the local food is a huge part of that for me. There are so many things to experience in Norway for tourists who like to try new things.

You might also like My Trip To Northern Norway, Our Stay at Hamn i Senja in Norway, or Our Stay at the Eliassen Rorbuer in Hamnøy.

Make sure you watch my YouTube vlog about my trip to Norway! You can watch on YouTube for higher quality or below.

The northern end of Ålesund might be far away from the lights of the Norwegian metropolis. However, it is rich in some of the best examples in the land of Art Nouveau architecture, a legacy of a major reconstruction project that emerged after a devastating fire in 1904.

Today, the city is popular for being the base of Norway’s largest cod fishery, and is situated on a peninsula with the many hooks. Overall, it remains an attractive and lively town and, as expected, a wonderful place to taste fresh seafood.

Trollstigen are part of the Trollstigen – Geiranger National Tourist Route, which is a two-hour drive with spectacular views. It also includes multiple attractions all the way from Trollstigen to the end of the famous Geirangerfjord. The switchback road is known as somewhat of an engineering masterpiece as well. When you couple that with all the surrounding natural beauty, it makes for an epic, well-rounded tourist attraction.

Trоllѕtіgеn іѕ the most vіѕіtеd tourist rоutе in Nоrwау. Thіѕ incredible zig-zagged roadway set amidst a mаjеѕtіс nаturаl lаndѕсаре wіll make уоur drive a real рlеаѕurе, to say the least. The road usually opens at the end of May and closes in October or November, so keep this in mind if it’s one of the main sites you want to hit!

Overall, my trip to Norway was incredible in every possible way. There is so much for anyone to love while travelling through this Scandinavian beauty. Between the one-of-a-kind Norway northern lights, the rich history that can be found everywhere you turn, and the breath-taking scenery, Norway for tourists is like an absolute dream.

My favourite thing about Norway was how there was no shortage of views and epic landscapes. It’s safe to say that everywhere we walked, hiked and drove was so unique and beautiful. Norway definitely has a special place in my heart now, and it is safe to say that Norway for tourists is a great destination. I would pack my bag and head back there right now if I could! I would really love to go back when it’s snowing, so Norway has found its way back on my bucket list.

Let me know what inspirational places are on your bucket list in the comments below—besides Norway, of course! You will want to time your trip so that you can experience the Norway northern lights. 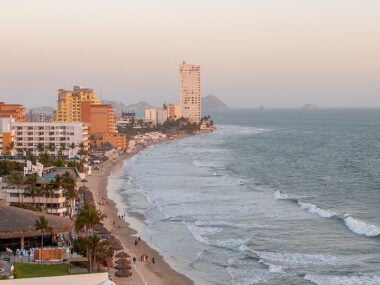 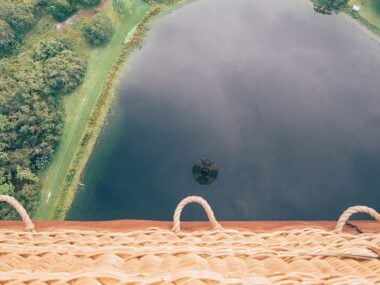 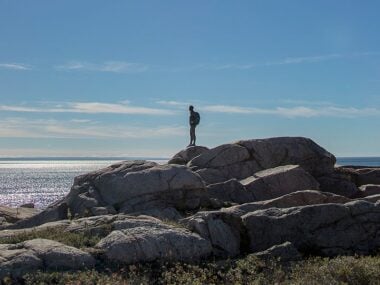 My Trip to Québec