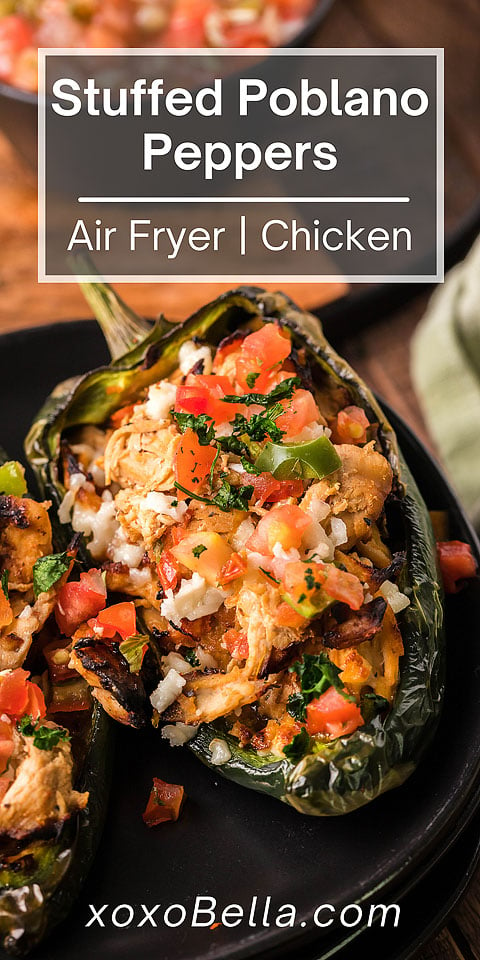 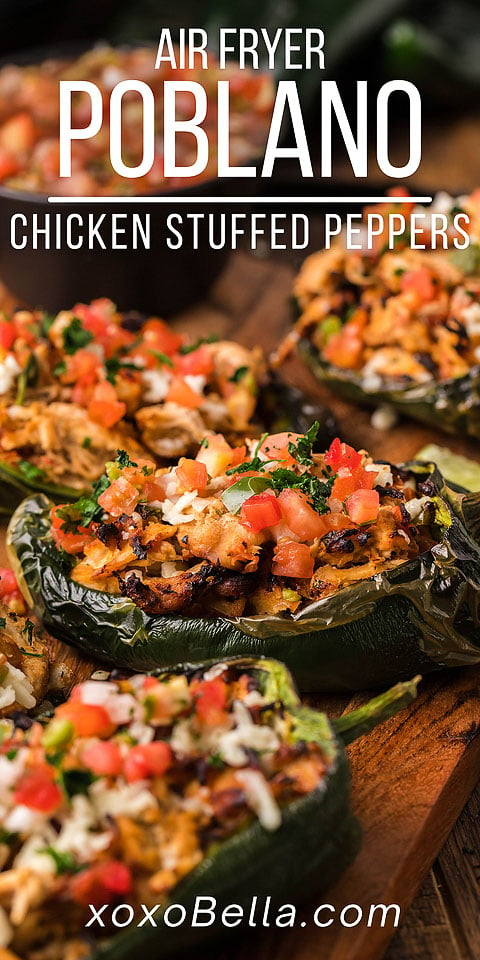 Air fryer fiesta chicken stuffed poblano peppers, or Mexican chicken stuffed peppers, offer a true south of the border flavour. Chicken is flavoured with cumin, salt, pepper, and margarita mix and the recipe also includes poblanos, pico de gallo, sour cream, and cotija cheese. Your family will LOVE these tasty stuffed poblanos and they are so easy to make in an air fryer!

How to Make Chicken Stuffed Poblanos

Cut the peppers in half and discard the seeds. Wash your hands immediately after! Even though poblanos aren’t very spicy, you’ll regret accidentally touching your eyes after preparing them!

Shred the chicken and mix in the pico de gallo, sour cream and half the cheese. Stuff this mixture into the poblano halves and air fry for 5 minutes. Serve garnished with the rest of the cheese and some cilantro if liked. You are going to love the flavour of air fryer fiesta chicken stuffed poblano peppers!

If you’ve been looking for a keto poblano pepper recipe, these peppers with chicken and cheese are low in carbs and definitely very tasty. A word of advice is to make your own margarita mix though, not use the sugary kind from the store, since that will push the carbs up significantly.

Use 1 part water to 1 part lime juice plus your preferred artificial sweetener to make a low carb margarita mix. A lot of sweeteners are many times sweeter than sugar so I like to add a little and taste as I go. You can always add in more. You could even omit the sweetener for a more tart flavour in the finished stuffed poblanos.

Actually if you don’t want to use commercial margarita mix and want to make your own but aren’t worried about this being a keto poblano pepper recipe, that’s possible too.

To do this, add a cup of water and half a cup of sugar to a pan and heat the mixture until the sugar dissolves. Mix in a cup of lime juice (fresh if possible!) once it’s cooled down a bit. Make extra if you want – this mixture keeps in the refrigerator for up to 2 weeks and is nice with a splash of tequila!

How to Shred Chicken Easily

Shredded chicken is one of the key components of these air fryer Mexican chicken stuffed peppers. There are different methods for shredding chicken. Use a pair of forks to shred the chicken or else pull it apart with your fingers.

It’s also possible to shred it in a bowl using an electric whisk. Keep the speed at medium or under else you’ll have bits of chicken flying around all over the kitchen!

What Side Dishes Go with This

Peppers with chicken and cheese are a complete meal in one if you don’t want carbs. However they are also great with a contrasting side dish such as creamy potato salad. Sweet potato fries, roasted vegetables or Mexican rice would also be nice here.

Can You Use a Different Type of Pepper?

Air fryer fiesta chicken stuffed poblano peppers are popular because they’re not too spicy. But what if you want the extra spice? In that case, feel free to sub large jalapenos or another type of medium-sized peppers. Anaheim peppers are another option. These turn sweeter as well as spicier after cooking.

Although Cubanelle peppers are a milder poblano alternative, their relatively thin walls means they are likely to burst open in the air fryer, which will result in very messy air fryer Mexican chicken stuffed peppers!

Bell peppers would also work and they’re of course not spicy at all, so ideal if you prefer the sweetness of those to the gentle heat of poblanos.

These peppers with chicken and cheese are certainly tweak-able and you can swap the type of pepper and even the chicken. Try turkey instead of chicken for a similar yet slightly different flavour.

Why You Will Love Chicken Stuffed Poblanos

The first time I made fiesta chicken stuffed poblano peppers, I was really impressed! I love how easy these peppers with chicken and cheese are to make, and the possible variations. It’s easy to convert to a keto poblano pepper recipe if you make your own margarita mix. 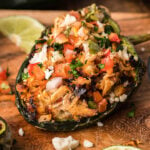 These offer plenty of flavour as well as gentle spice from the poblanos. You can add chilli powder and/or cayenne to the mix to liven them up further. Another idea is chipotle powder which is ground smoked chillies. I love the smoky flavour chipotle adds to the fiesta chicken stuffed poblano peppers. 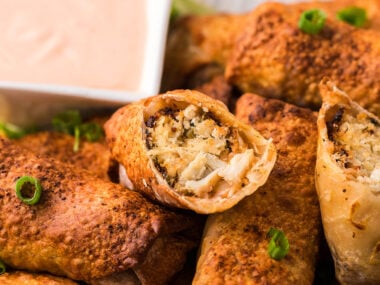 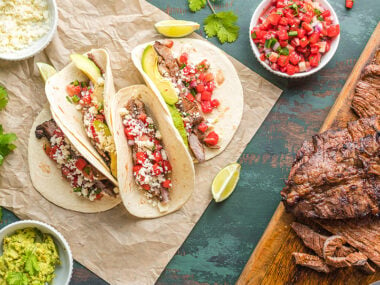