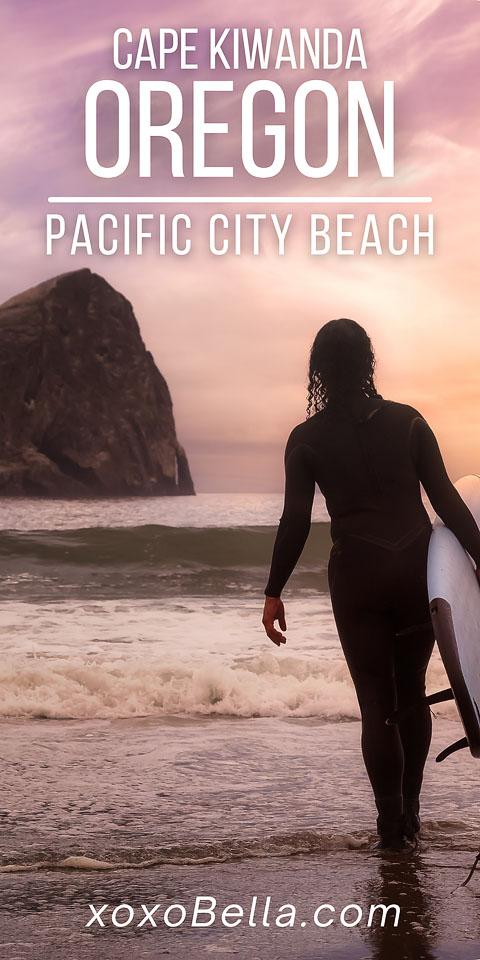 What to know about Cape Kiwanda State Natural Area

On the coastline of Pacific City in Oregon, this park oozes natural beauty in every direction. Unique sandstone formations meet sandy beaches that meet the caressing waves of the Pacific Ocean – a total dream spot!

It’s part of the Three Capes Scenic Route, and also one of the best spots for drivable beaches in Oregon! Other capes on the route include Cape Lookout and Cape Meares. Cape Kiwanda, in particular, offers fantastic views of the ocean after climbing up a towering sand dune. The Three Capes Scenic Loop is a great north Oregon coast road trip year round.

As for the view? Incredible. You’ll see the sandy dune, contorted rocks and crevices, the iconic Haystack Rock, and even feel the salty sea in the air. Haystack Rock is 327 feet above sea level, the tallest of the three Oregon coastal Haystack Rocks. The other two are at Cannon Beach and Bandon’s Devil’s Kitchen Wayside.

Cape Kiwanda and Pacific City are about a two-hour drive from Portland, so while it can be done as a day trip, it’s better to stay for a weekend. You’ll get a better appreciation for the area and have time to do a hike and enjoy the best views of Haystack Rock and the beauty of this Oregon park and beautiful Oregon coast. It is the perfect Pacific Northwest getaway for nature lovers!

Cape Kiwanda Beach and the park are popular for kite flying, fishing, hiking, wildlife watching, and photography. These activities are easily among the best things to do at Cape Kiwanda. You can soak up the views of this park year-round!

What to Know about Pacific City

Actually, Pacific City is not a city at all. Its population is barely over 1,000, but that doesn’t stop it from being one of the best places to visit in Oregon. Along the south end of the Three Capes Scenic Route, Pacific City’s main attraction is the Cape Kiwanda State Natural Area.

It’s a quiet place, perfect for weekend trips, romantic getaways, mindful travel, and hiking. You won’t find bustling city streets fill with businessmen in a rush or tall, towering skyscrapers. However, you will find a quaint fishing village, superb nature, and pristine beaches. What this small town doesn’t have is part of what makes it special.

Fun Things to do Around Cape Kiwanda State Natural Area

With so much beauty around you, there are so many things to do at Cape Kiwanda State Natural Area.

Hiking is one of the best things to do at Cape Kiwanda – it’s a must! There’s a parking lot next to Pelican Brewing Company, which is where most people begin the hike. From there, you’ll head for the beach toward the 250 ft Great Dune. Once you’re there, the signage will become clearer, and you’ll easily be able to navigate around the trail.

If you’re looking for those incredible Pacific Ocean and Haystack Rock views, take the left route of the dune. Otherwise, you can continue along the ridgeline for superb coastal views that stretch for miles! If you have time, enjoy both. Either way, the views at the dune and around the area are some of the best of Cape Kiwanda and Pacific City.

Exploring the sand dunes is one of the best things to do at Cape Kiwanda State Natural Area! The park has the highest sand dune (the Great Dune) on the Pacific shore in Oregon, standing tall at 240 feet high. Give it a climb for a fun adventure and awesome views!

You can make it a fun activity, shopping, or making your own kite in advance. Then, enjoy a picnic or snacks at the beach while you fly kites. Such a fun way to spend the afternoon!

Once again, thanks to the consistent wind, it’s also perfect for surfing. Remember that the water is cold throughout the year so wear a wetsuit! Sharks are also sometimes spotted in the area so keep an eye out before and during your surf.

If you want to rent a surfboard or book a lesson, there are a few places in Pacific City. Check out Moment Surf Company or Seven Surfboards.

End off your day with a nighttime beach bonfire. I visited during the winter, and beach fires were permitted at this time. Please check with the state park information for details on any bans, particularly in wildfire season. If you make a fire, it is recommended that you make it in open sand areas and downwind of any vegetation and debris such as driftwood.

After a day of exploring and seeing the best of the coastline, head to Pelican Brewing Company. Right on the beachside of Pacific City Beach, you’ll find this hip taproom and restaurant! The Pelican brewery opened back in 1996 and has received numerous awards for its craft beer since! The Pelican Pub has local beers, like the Pelican Pilsner which is a delicious easy-drinker, plus seasonal craft beers and other drinks.

As for food, there’s a nice variety of options like pizza, pasta, seafood, and even brunch. Who doesn’t love brunch!? Sit inside or out and soak upfront seat views of Cape Kiwanda! Check their hours and prices here.

On Beach Driving in Pacific City

There are two places where you can access the beach by vehicle. There’s an access point on the south side, right across the bridge on Pacific City Avenue, or the north side of Pacific next to Pelican Brewing Company.

I love that this is one of the drivable beaches in Oregon, but make sure you have the right type of vehicle (like a truck or jeep) to avoid getting stuck – it happens, and you don’t want to be that person! Oregon coast beach adventures are highlighted by a beach driving experience.

Also, pay attention to the signs and only drive where it’s permitted. Drive slow! Also, let’s all be responsible and keep drivable beaches in Oregon, something for everyone to enjoy.

It’s advised to not go beyond the fences as there are many dangerous spots. The cliff has been known to crumble without any advance notice. It can be dangerous, and there have been fatal accidents when people have climbed past the safety fences. When you visit, for your own safety and protection of this delicate land, don’t go beyond the fencing. The views are spectacular without the need to risk your life.

Honestly, I think any time of the year is fantastic to visit Cape Kiwanda! But here are some things to keep in mind. If you’re craving the sun and relaxing by the beach, stick to the summer months (particularly July and August, as there is the least amount of rainfall). However, we all know, those in the Pacific Northwest are not hindered by a little rain or fog.

However, summer is also the high season in Oregon, so keep in mind that trails, beaches, and attractions will be a lot busier during these months.

If you want the best of both worlds, early spring such as late April or early May, or during early autumn. Really, it is a year round destination for Oregon coast beach adventures.

Watch the highlights of this Cape Kiwanda State Park road trip. There are so many favourite spots to see in this area of the Pacific Northwest.

A special shout-out to Braedin Toth for the amazing photos and video from this Cape Kiwanda road trip.

Just a few steps from the beach, this is one of the best places to stay in Pacific City! It screams vintage vibes with its funky, metal RVs. Each one is updated with modern amenities, and every RV site has a campfire pit and picnic table.

That’s not all though! There are lots of things to do at Hart’s. Hang out in the outdoor common areas, complete with a large fire pit, benches, gazebo, and games such as giant Jenga, Uno, horseshoes, and cornhole. How fun!

It’s a hip spot great for friends, couples, or anyone looking for a good time and fun place to stay in Pacific City! Fun fact, you might even see wild bunnies roaming the beach and RV grounds! Find out more about staying at Hart’s Camp Airstream Hotel & RV Park.

How far is Pacific City from Portland?

To drive, it takes just about two hours to get to Pacific City. There are also some bus routes which would take around three and a half hours.

Yes! The park is open throughout the year, regardless of weather or season.

Can I drive on the beach in Pacific City?

Yes, in some parts! Follow the signage and guidelines when doing so.

Are dogs allowed on the beach?

Yes, you can bring your dog to the beach. Play fetch, run together flying kites, and have fun! Please be a responsible dog owner and leash when necessary and clean up after your dog.

I highly recommend you take a weekend trip to Cape Kiwanda and Pacific City. The gorgeous views of the Pacific Ocean, along with Haystack Rock, the Great Dune, and the sandstone cliffs make this place divine! Plus, there are so many things to do at Cape Kiwanda to easily fill up a weekend itinerary. Add this to your list of the top Oregon coast beach adventures for nature lovers. 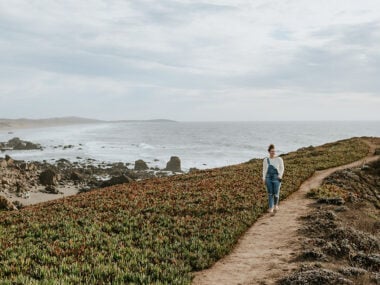 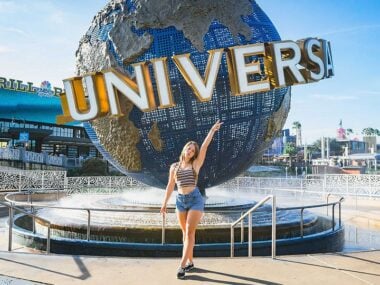 Planning a Trip to Orlando, Florida – Best Things to See and Do 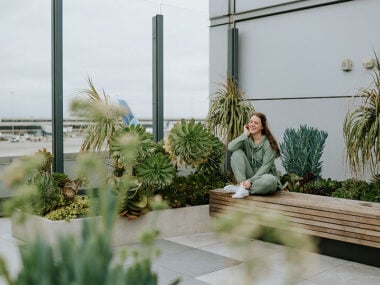 Things to do at San Francisco Airport