My Trip To Kauai

Our first stop on our travel to Hawaii in January was the trip to Oahu. In that post, you can read all about how I went shark diving with no cage, saw sweeping views of the coast and other islands via impressive hiking trails, and other Oahu highlights! Our next stop was a trip to Kauai, which I was so excited about! Keep reading to find out more about the best things to do in Kauai, and what our adventures were like! Whether you want to go hiking in Kauai, snorkelling in Kauai or see waterfalls in Kauai… there are so many things to do in Kauai that you will want to go back again soon.

My trip to Kauai was nothing less than perfect, and although I have not visited all the Hawaiian Islands, I think Kauai is likely to always be my favourite. Why? Firstly, there was so much beauty on this island. Another name for this island is the Garden Isle, so it isn’t hard to guess why. Everywhere you look, the scenery was picturesque. Also, the waterfalls in Kauai are to die for and definitely worth chasing.

Things to do in Kauai

While planning a trip to Hawaii, I knew that we would have to be selective about the activities we did because our time was limited. We split our Hawaii trip between islands, so Joel and I only ended up having three days in Kauai. Of course, we wanted to make the most of the trip, and we ultimately decided we would hit up the Nā Pali Coast.

We also wanted to do a doors off helicopter ride, go snorkelling with sea turtles, and see as many waterfalls as we possibly could. Luckily, we had time for all of that, and more. Let’s see how it all went!

As always, thanks to Joel Schat for all the photos and joining me on this trip.

Did you know that so much of Hawaiian culture comes from this coastline? According to the Nā Pali website, “early Polynesians used the constellations to help them arrive to Kauai’s Na Pali coast. It is estimated the first occupants came to this remote stretch around 1,200 AD.” They came over on canoes. After which, Tahitians began migrating to Kauai as well. Their presence impacted the island hugely, as they would become the dominating cultural influence over the island’s culture, religion, and customs.

The coastline protects itself naturally, earning itself the status of a ‘natural fortress’. That’s due to the remoteness of the island—it’s mostly water in every direction!

There is plenty of hiking in Kauai to choose from. The Na Pali Trail is one of the best places to go hiking in Kauai, so we focused on this one. As we didn’t have many days on the island though, we didn’t really have time to even do this entire trail. The whole thing is over 35 kilometres long and takes anywhere from three to five days! Only attempt hiking in Kauai on this trail if you have ample experience. We hiked a bit of it to take this picture at sunrise our first day there. It was so beautiful! I definitely want to travel to Kauai again one day to do this whole trail. The Na Pali trail is on my hiking bucket list for another trip.

While hiking in Kauai, you hike through a jungle to get to the Nā Pali Coast, so it becomes obvious pretty quickly why Kauai is known as the Garden Isle. It starts at Ke’e beach, toward the end of the road on the island’s North shore. The path gets slippery as the paving stones it was built with often crumble. Make sure you wear some good hiking boots! On the trail, you’ll enjoy some incredible views of the Pacific Ocean, as well as jungle mountain scenery along the way.

If you know me, you know how much I love waterfalls. Thankfully, waterfalls in Kauai are plentiful. I’m sure you could spend a whole trip just visiting waterfalls alone, honestly! I’ve made a list below of the best waterfalls to visit while you’re on the island of Kauai, just in case you do get the idea to go on a waterfall chase.

Uluwehi Falls, or Secret Falls is appropriately named for its secretive location. It’s not the easiest to access—you have to be willing to kayak about an hour and then hike thirty more minutes to find this waterfall. If you’re fit and adventurous, it might be a spot for you to check out! You could also simply rely on a helicopter tour to see the falls. It’s not lazy, it’s efficient.

Opaekaa Falls is on the Wailua River, and it’s an easy drive up 580 to get there. They’re actually the most accessible falls on the island. This waterfall is beautiful in its own way, dropping 150 feet down in a misty rush, and forming little rainbows before forming a picturesque little pool below.

Ho’opii Falls is near Kauai’s eastern shore and on the Kapaa Stream near the town of Kapaa. These falls are a hidden gem, and were actually used for backdrops of the filming of Jurassic Park in the 90’s! It’s off the beaten path, which means it’s less likely that there will be crowds. It’s a little over two miles down an unmarked trail, but it can be easy to get lost. Ask for plenty of directions before you head out!

Hanakoa Falls is near the Nā Pali Coast, right about at the halfway point of the Kalalau Trail. It’s a mountainous area, so views will be naturally stunning.

I was super happy to get to visit Wailua Falls in particular, though. This one is the recommended falls to see when you only have time for one. These falls must be pretty special to earn that status, right? They DEFINITELY were. It is an easy waterfall to get to and it is so pretty! We were there around mid-day and we weren’t the only ones. I’d suggest going early in the morning if you want to get shots easily without others in your photos.

You can even venture behind this waterfall. Joel and I didn’t bring proper gear for that, but we can do that next time we go. See—I’m already planning my next trip back to Kauai.

You may also like Helicopter Ride – 10 You Must Do, Oregon Waterfalls Road Trip, My Trip to the Florida Keys or my Guide to Machu Picchu.

Joel and I went adventuring one day and happened upon this waterfall below. I honestly have no clue where it was but we think it was Kipu Falls. According to The Crazy Tourist, Kipu Falls is a little “upstream from the Huleia National Wildlife Refuge.” If this was Kipu, then it turns out they’re a spot where locals go swimming. The waterfall can be really intense, though, and dangerous when it’s during the rainy season. Therefore, if you go exploring here, take caution.

While we were at this waterfall, Joel flew his drone overhead and was able to capture footage of a whale! Check it out on my vlog linked below.

This is the famous Queen’s Bath, which is a natural tide pool that’s been carved into a lava shelf. Gentle waves ebb and flow into the bath from the ocean, and there’s a little waterfall that pours into it as well…it’s such a therapeutic place. It’s about a twenty-minute hike to get down to it, but it can be tricky so be careful! People have been known to sprain their ankles getting there because of the steep climb down—make sure you wear the right shoes. This is especially true if it has rained recently.

You also need to be careful that the tide isn’t going to be high while you’re visiting Queen’s Bath during your trip to Kauai. There have been safety issues around tourists going and nearly drowning. Before going, check the below safety measures as listed by Hawaii Gaga.

Once you’ve made sure it’s a safe day to go, you’ll enjoy the experience that much more with your mind at ease. When it’s calm waters, you can enjoy how warm and beautifully-coloured the water is!

You can watch my trip to Kauai vlog below or on YouTube for better quality.

Doors off Helicopter Tour in Kauai

One of the things we knew that we wanted to do for sure was a doors off helicopter tour, so we booked a private tour with Mauna Loa Helicopter Tours. The private flight was over an hour long, and it took us all around the Na Pali Coast. This is the most amazing thing I have ever done…and I’ve been on a lot of doors off helicopter flights!

The helicopter pilot took us to the best places and made sure we saw Kauai properly. I think Joel and I must have seen over 100 waterfalls. What a way to tour the real Jurassic Park!

If you like this blog about my trip to Kauai, you might also like Top Must See Waterfalls In Iceland, Swimming with Sharks in Hawaii, 60 Instagram Captions for Beach Pics that will Make Waves or My Trip To Oahu.

Another thing that I wanted to do on my trip to Hawaii was see turtles! The turtles can’t be disturbed or chased, but if you’re lucky you can come across then while snorkelling in Kauai.

Sea turtles, also known by locals as Honu, were in Kauai way before humans were. These days though, they’ve sadly become endangered. According to Koloa Landing Resort, “Honu were officially placed on the endangered species list in 1978 and are voraciously protected.”

They’re affectionately considered as good luck symbols by the islanders as well! This might have something to do with how ruthlessly they fight to survive against great odds, even from the time they’re born. The resort site says that only 1 in 1000 eggs survive after the first few days of life and into adulthood.

We went to Koloa Landing aka Turtle Cove to go snorkelling in Kauai and were hopeful we would see some. Joel and I were about to pack up and head back for dinner when a turtle just appeared! As it swam by, were able to get some shots with it. That was definitely a very cool experience.

Please be respectful of rules and not disturbing the sea turtles while you are snorkelling in Kauai.

Things to do in Kauai

There are so many things to do in Kauai! Overall, things to do in Kauai that we discovered are as follows: explore the Nā Pali Coast and see as much of the trail as you can; seek out some of the most beautiful waterfalls in Kauai, including Wailua and Kipu Falls; go bathing in the famous Queen’s Bath—ideally when it isn’t crowded; go on an incredible, doors off helicopter tour to see the Nā Pali Coast from above (that’s the absolute best view in my opinion); and finally, go searching for sea turtles in Koloa Landing.

There is always more to do and see, and it can be hard to feel like you’ve experienced everything you wanted to within one trip. I’ve definitely already started mentally planning my next travel to Kauai! I want more time enjoying the waterfalls—because there can never be too many waterfalls—and discovering more hidden gems on the island. I’d also love to do more hikes, as always.

As you can see, I really need to get back to Kauai one day soon. What is your favourite Hawaiian Island?

Let me know if this helps you plan your trip to Kauai. Whether you want to go hiking in Kauai, snorkelling in Kauai or see waterfalls in Kauai… there are so many things to do in Kauai that you will want to go back again soon. 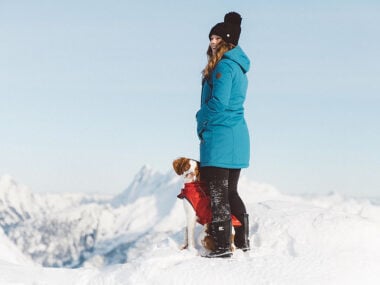 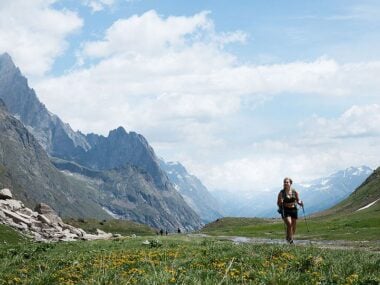 Reasons Why You Should Hike the Tour du Mont Blanc