My Trip To Puerto Rico

Puerto Rico is now one of my favorite places because it literally has it all. It has a diverse tropical landscape with mountains and waterfalls, endless white sand beaches and a rich history. Puerto Rico is a Caribbean treasure.

I was in Orlando for a press trip and looked to see where I could get cheap flights from there to another destination and Puerto Rico was where I chose to visit. It is a US territory and US currency is used, meaning for US travelers it is almost a domestic trip.

English is the joint official language in Puerto Rico along with Spanish, which means you will be able to communicate without much problem. In the City I found that almost everyone spoke some English, but as I traveled to the less touristy areas, there were actually very few that spoke English.

I started off my trip in Old San Juan and I could not get over how colorful it was, plus it was very clean. There is so much to see in Old San Juan, I would recommend waking up early and getting out before the crowds if you want to take photos.

Old San Juan is just seven square blocks with nearly 400 colorful Spanish-colonial buildings. You will be missing out if you don’t get out to explore this area during your visit.

Castillo San Felipe del Morro (aka El Morro) is one of the most popular and significant landmarks in Puerto Rico. It is also a UNESCO world heritage site. El Morro is right by the water and this 16th Century fort was built to protect the city from an invasion. If you have time during your visit, I highly recommend that you stop by.

Puerto Rico means “rich port” and it was called this because it helped Spain protect all of the riches it was getting from the New World (gems, spices, gold and silver from Central and South America).

This Spanish colonial fort served as Spain’s control point over most of the Caribbean. Over the centuries, the fort was attached by the English, Dutch, America and even hurricanes but it still stands and it is a symbol of pride for Puerto Rico.

La Perla is just outside the city walls of Old San Juan and is a community that is full of history….and also so much colour! La Perla is located right in between the forts of San Cristobal and El Morro, two of the most significant historic landmarks in Puerto Rico.

Hotel El Convento was built in 1646 as a convent. It housed nuns for 252 years until closing in 1903. It then served as a store, a dance hall and a flophouse before opening as a luxury hotel in 1962. 1646….that is old! In the 1600’s the pendulum clock was invented and the US was colonies. I love all the history here. I am told that it is haunted but I didn’t see or hear anything while I stayed there

It is located right in Old San Juan, so it is a perfect location to stay while you explore that area. Old San Juan is home to museums and historical landmarks, as well as great restaurants and night life. Hotel El Convento is conveniently located within walking distance of most of them and only 15 minutes away from the airport.

I ate a few times at Patio de Nispero which is located in Hotel El Convento. It has a gourmet menu of delicious and authentic Puerto Rican food. I was able to get gluten and dairy free meals here which were incredibly good.

A special thanks to Harold for taking my photos while I was in Puerto Rico. If you need a photographer…definitely contact him!

After staying in Old San Juan I wanted to spend the second half of my stay close to the water, so I went to the La Concha Resort. La Concha Resort is luxury hotel located on Condado beach with a full service spa, infinity pools, bars and restaurants. Condado is one of the most popular tourist beaches in San Juan.

I had the most wonderful stay here. They have multiple infinity pools but I think this one was my favorite with the wind-sculpted palm trees hugging the ocean.

At the La Concha resort there are several dining options….and even a special gluten free menu. I highly recommend their gluten free pancakes!

The view from my oceanfront room was gorgeous and it was amazing to wake up to each morning. You can see palm trees and crystal blue water as far as the eye could see.

There are many surf schools in Puerto Rico, so if you want to learn, this trip would be a great opportunity for you. I took a lesson at the Courtyard Isla Verde…..Isla Verde beach is a great spot to learn, because of the small, steady, well-formed waves. I had never surfed before and I was so happy because I got up during my lesson!!!

I am not someone that spends my day at a resort when I travel. I travel to see and do as much as I can. In Puerto Rico, I recommend renting a car for your trip (or even a few days of it) so that you can drive throughout the island to take in all the sights.

Don’t miss my Puerto Rico trip vlog! You can watch on YouTube for better quality!

Go to the Beach!

Puerto Rico has an amazing 435km of coastline and hundreds of beaches. You didn’t visit if you didn’t make it to a beach two…or three! This pic below is the beach at the La Concha Resort.

Borinquen Beach in Aguadilla is one of the most stunning beaches I have ever been to. It is an expansive beach with just stunning views.

What most people know as Isla Verde Beach is actually 3 beaches…El Alambique, Pine Grove Beach, and Balneario de Carolina. All three beaches provide almost 5km of sand., so even on a really busy beach day, it doesn’t feel crowded!

Piñones is a beautiful area and it is just a few minutes east of Isla Verde. It has beaches, mangroves, restaurants and an 11 kilometer long nature trail. Piñones is also know for its many open-air seaside eateries. Sand floors and tasty seafood which you can wash down with cheap icy beer have made it popular.

Along the north coast of Puerto Rico, there are various natural pool beaches and Mar Chiquita is one of the most popular ones. It is just 45 minutes west of San Juan. This area really reminded me of Greece.

Go on an Adventure!

This Caribbean island is home to tropical forest, beautiful waterfalls, caves and natural swimming pools. Experiencing this side of Puerto Rico was my favorite part of my visit. Some of the hiking trails are still being rebuilt from Hurricane Maria, but most places we went were in good shape.

You may also like 14 Instagrammable Spots Around Puerto Rico, 10 Things to do in Jamaica, Turks & Caicos – Grace Bay Club or My Trip to Saint Lucia.

Gozalandia Falls (or Las Cataratas) was one of my favorite places. There are two beautiful waterfalls here… one has a rope swing and the other you can do cliff jumping.

Cascada Las Delicias is a picture perfect tropical waterfall and I am so glad that we made it here! This waterfall is located in the town of Ciales, which is in the center of the island. This tropical oasis is a short walk (just off the road) and the water is so refreshing!

Cerro Mime, which his located in Orocovis County is a great hike for those that enjoy seeing views from above. Is am easy hike that only takes 20 minutes and at the top you see lush, green mountains…which was a very unexpected view.

This hike is located between Cayey and Salinas and worth the trip if you enjoy hiking. I wish there wasn’t clouds when we went, but such is life. Here you get great 360° views of the mountains, surrounding towns, and the Caribbean Sea. You can also see, Arbol Solitario (or Lonely Tree) but we didn’t go quite that far. Next trip for sure!

Charco Azul is a great place to visit if you love natural swimming pools…which I am always excited to visit when I travel. Charco Azul (which means blue pond in English) is one of Puerto Rico’s most famous ones and when you see the colour you will see where it gets its name. It is located in the middle of the Carite Forest about 20 minutes from Cayey.

What I Want to do Next Trip

Puerto Rico has so many hidden gems that I didn’t get to experience this trip. I am a already mentally planning a trip back. Here are some things I want to see and do next time:

This post has been sponsored by Hotel El Convento and La Concha Resort. All thoughts and opinions are my own. Thank you for supporting the brands that support me. 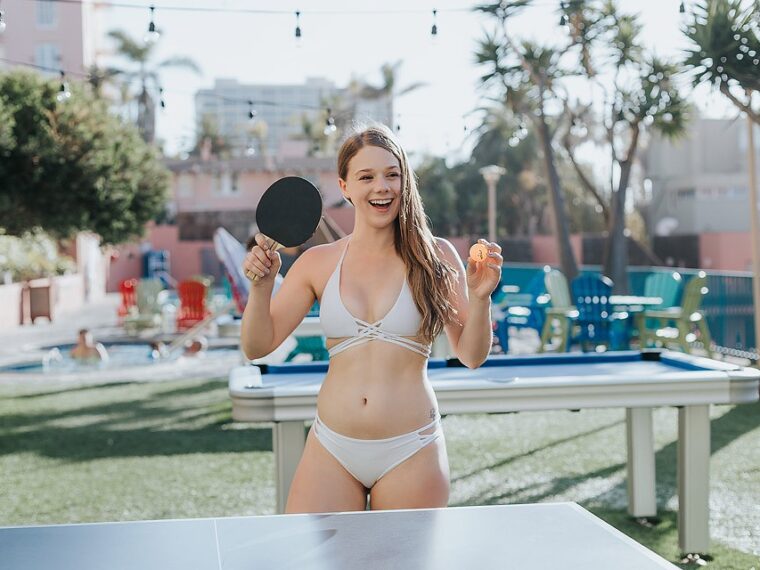 My Stay at La Jolla Cove 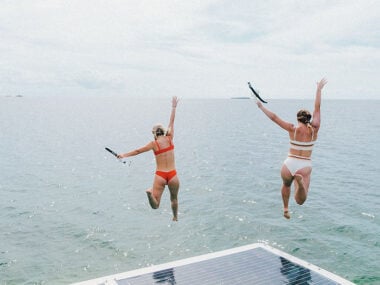