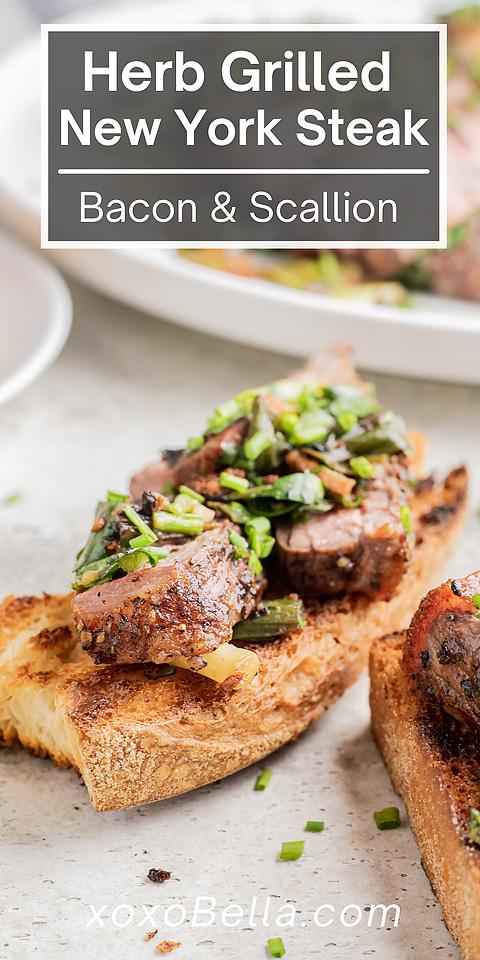 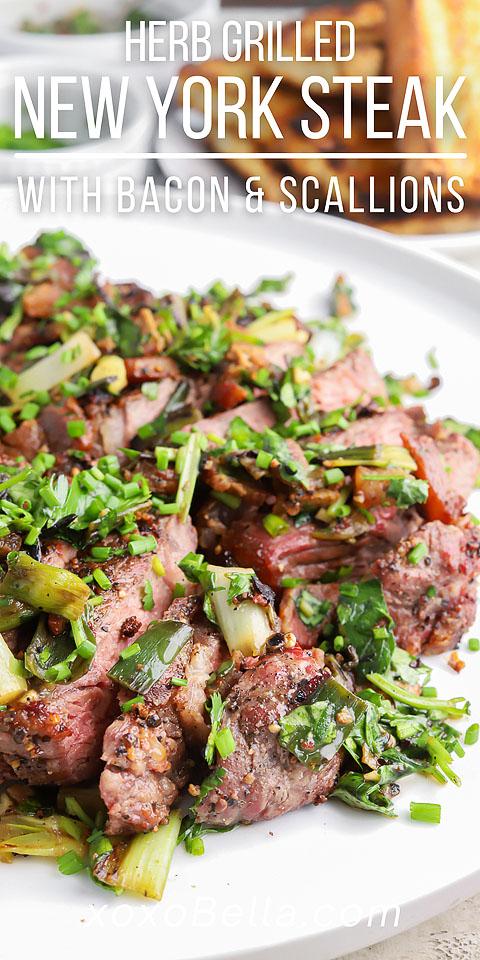 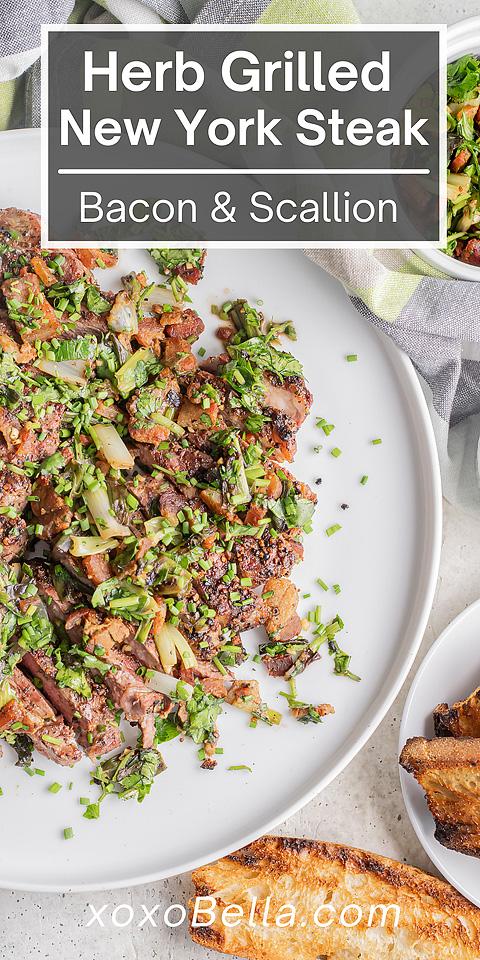 Whether you’re cooking for a special occasion or just want a treat, grilled New York steak is hard to beat! Just imagine steak with bacon and scallions. The aroma, the juicy meat, the side dishes… this is one meal I will never get tired of. Summer season is upon us, and it is the best time to cook New York steak on a grill. The bacon and scallion grilled steak topping adds so much flavour to this BBQ steak recipe, making it a summer favourite.

Making a juicy grilled steak recipe isn’t difficult if you know what you’re doing. You will need New York strip steak here, also known as sirloin. It’s known as one of the more flavourful steak options.

How to Choose the Best New York Steak

Before you cook New York steak on a grill, you want to make sure the meat is good quality. Look for a fine grain in the meat and not too much connective tissue.

A tender cut will have very fine muscle fibre clusters that feel soft and be made of a single muscle or no more than a couple in one steak. If in doubt, ask your butcher for something which will be tasty and juicy.

Why Steak with Bacon and Scallions is the Bomb!

There are lots of possible grilled steak topping options to pick from. I love this bacon and scallion topping because it’s so tasty. You need to grill or smoke scallions (green onions) and cook bacon. Add garlic, parsley, cilantro, and lemon juice, as well as the fat rendered off the bacon.

Grilled New York Steak: How to Prepare It

The worst offence you can commit against a steak (well, apart from pouring ketchup on it!) is to cook it from cold.

Steak has to reach room temperature before you cook it. If not, it will seize up on the grill and come out tough! And nobody wants to eat that. For a really juicy grilled steak recipe give it 45 minutes or so on the countertop.

How Long to Grill Strip Steaks

For the best grilled New York steak or in fact any BBQ steak recipe, cooking time is critical. Not enough time isn’t a disaster because you can pop it back on the grill. Too long though and the steak will go tough and dry. Then there isn’t much you can do to redeem it!

This steak with bacon and scallions is best cooked over a direct heat. This means while the steaks are coming to room temperature the grill is heating up. Prepare your grilled steak topping ahead if you like. It will keep until you’re ready to use it.

So to cook New York steak on a grill, you should know how you like your meat. Put the prepared steaks on the grill and cook for 3 or 4 minutes. Flip them over and give them another 2 or 3 minutes.

Press down on the steaks to see if the BBQ steak recipe is to your liking. If the meat is still soft, it’s rare, if it’s part soft and part firm it’s medium and if it’s very firm, it’s ruined. I mean ‘well done’.

Use a meat thermometer if you prefer. The internal temperature should be between 120 and 130 degrees F for medium. As soon as it’s done to your liking, wrap the steaks in foil and let them sit for 10 to 15 minutes. This helps with a juicy result because the meat fibres relax and the juices redistribute throughout the steak.

Good sides include corn on the cob, homemade potato salad, corn tortillas, a crisp green salad, or even some vegetable kabobs. There are so many side dish options for a grilled New York steak. You might even prefer onion rings and fries.

It isn’t hard to cook New York steak on a grill. Pair a delicious sirloin with a grilled steak topping and you have a meal for any special occasion.

If you like this grilled New York steak with bacon and scallions, you might also like Healthy Homemade Smoked Beef Jerky, Smoked Beer Can Chicken with Mexican BBQ Sauce, Easy Cast Iron Teriyaki Flank Steak with Veggies or Smoked Cheddar Bacon Stuffed Burgers. 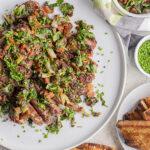 Course: Meals
Cuisine: American
Keyword: BBQ
Prep Time: 10 minutes
Cook Time: 8 minutes
Total Time: 18 minutes
Servings: 4
Calories: 228kcal
Author: Bella
Grilled New York steak with bacon and scallions is hard to beat! Summer season is upon us, and it is the best time to cook New York steak on a grill. The bacon and scallion grilled steak topping adds so much flavour to this BBQ steak recipe, making it a summer favourite.
Print Save Saved!


The nutrition information provided are only estimates based on an online nutritional calculator. I am not a certified nutritionist. Please consult a professional nutritionist or doctor for accurate information and any dietary restrictions and concerns you may have.

This grilled New York steak is so good! It’s just as good as the steak with bacon and scallions you’d get at a top steakhouse but without the eye-watering price tag! 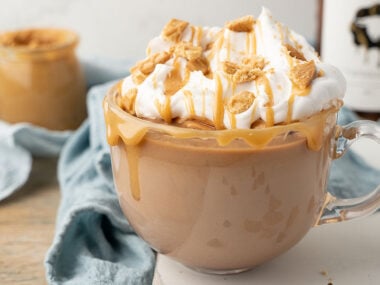 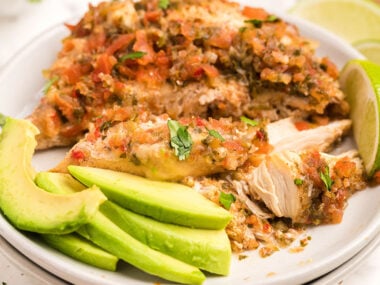