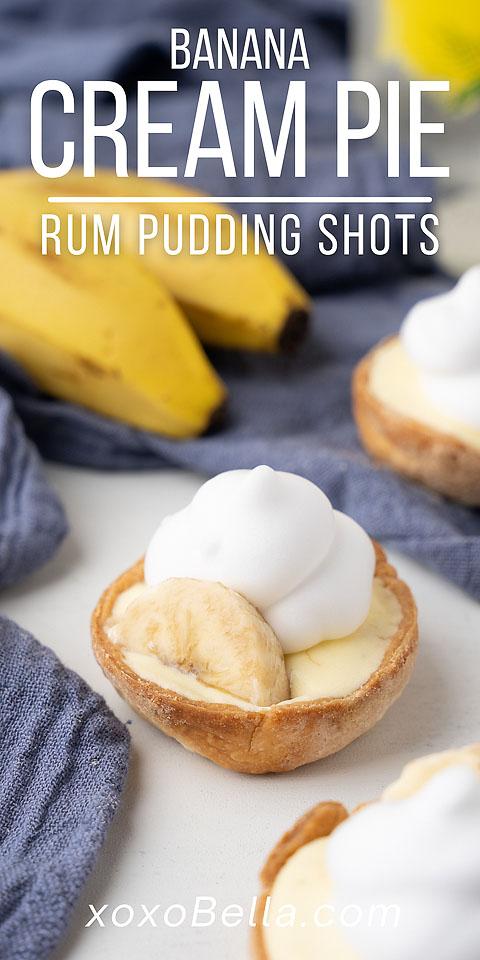 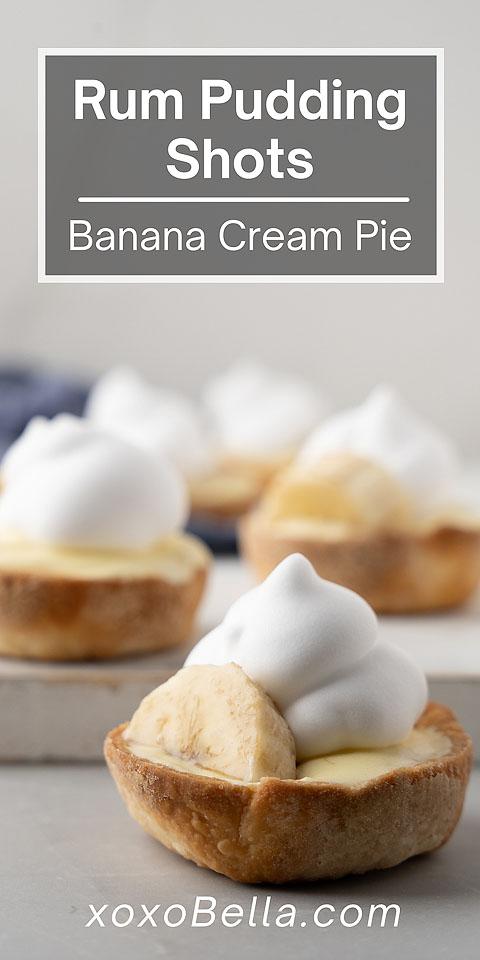 Banana cream pie rum pudding shots are an alternative to Jell-O shots. They’re made with banana flavoured rum along with pre-made pie crust and instant vanilla pudding. So if you want to make creamy shots with rum, this is one recipe for adult dessert cocktail shots you will love.

You will need refrigerated pie crusts to make this banana liqueur shot recipe. These cute little pie crusts are going to replace the shot glass you might have been thinking of using.

The other ingredients include instant vanilla pudding, cream, banana rum, whipped topping, and a banana. The optional toppings for banana pudding shots are banana slices and whipped cream.

I highly recommend you do include a fresh banana since both banana pudding and banana rum can taste a bit artificial. Combining vanilla pudding with banana yields a banana pudding like result!

How to Make these Adult Dessert Cocktail Shots

First of all you will need to make circles with the pie crust dough. This will be easier if you let them warm up a bit, so they are more pliable. Press each one into a greased muffin cup. Prick them with a fork a few times so they don’t puff up too much. Bake them until golden then let them cool down.

While the pie crusts are cooling you can make the banana cream pie rum pudding shots mixture. Blend the pudding mix with cream and banana rum then add the mashed fresh banana.

Can You Make Banana Pudding Shots Ahead?

Although this banana liqueur shot recipe will keep for a couple in an airtight container in the refrigerator, it’s best served the same day. Because banana turns a bit brown when exposed to the air, the filling in these creamy shots with rum might turn a little brown but they’ll still taste great.

These bite-sized treats make a cute dessert or you might like to serve a pre-made pie crust and instant vanilla pudding shot to guests as they arrive at your place. Whatever kind of party or gathering you’re having, festive shots made with banana flavoured rum are always impressive. Plus they’re easy to make and really unusual.

Before I made these I never tried anything like banana cream pie rum pudding shots. But I’d love to make them again or try other ingredients to make adult dessert cocktail shots. I bet these would be incredible with any kind of instant pudding.

However, these creamy shots with rum are especially good for the holidays. They’re rich and indulgent and perfect for Thanksgiving or Christmas. So make sure you bookmark this banana liqueur shot recipe. Because you will definitely want to make these banana cream pie rum pudding shots!

How to Use Leftover Filling

You might have some filling left over when making creamy shots with rum. Rather than make extra pie crusts, you can just repurpose any leftover banana filling. Try it over cubes of pound cake to make a kind of trifle, then serve whipped cream on top. It would also be nice as a crepe filling or pancake topping. Else you can just eat it as it is! There is such a thing as cook’s privilege you know!

There are various banana based shot and appetizers online and I’ve tried a number of them. But I have to say this banana liqueur shot recipe is on my shortlist as one of the best. Don’t make banana cream pie rum pudding shots without adding a mashed fresh banana though. That really does give the creamy shots with rum a fresh flavour. 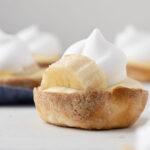 To make the mini pie crusts

For the Mini Pie Crusts

So if you’ve been wondering what you can make to impress some guests, make these! You can’t go wrong with banana pudding shots made with banana flavoured rum. The combination of pre-made pie crust and instant vanilla pudding is a real match made in heaven. Even people who don’t typically choose banana based drinks or desserts will find these adult dessert cocktail shots delicious. 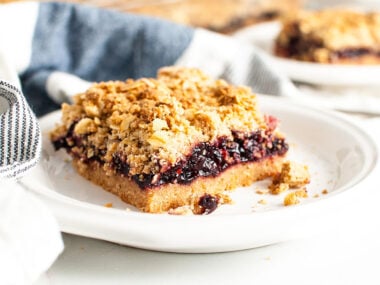 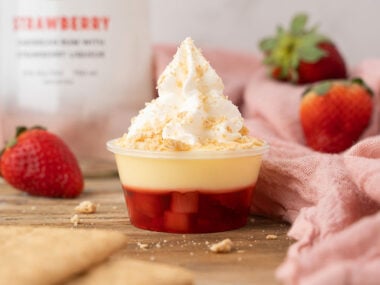