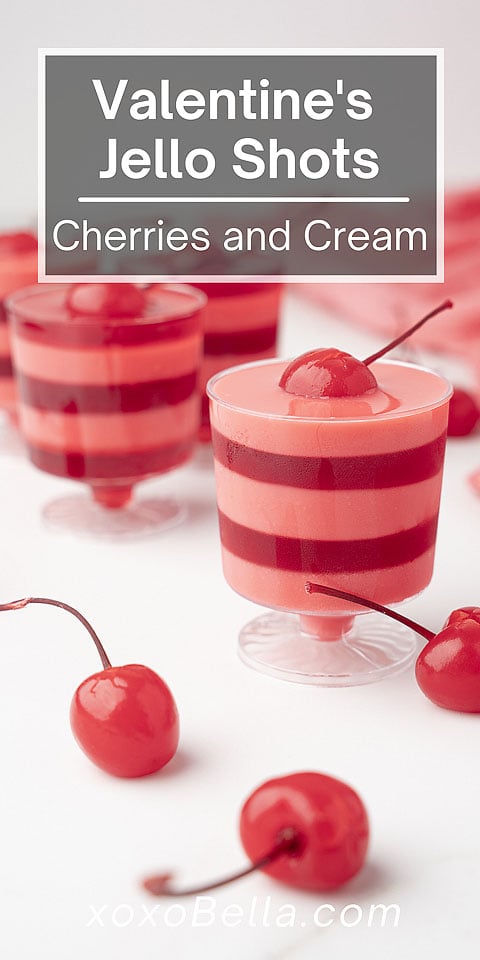 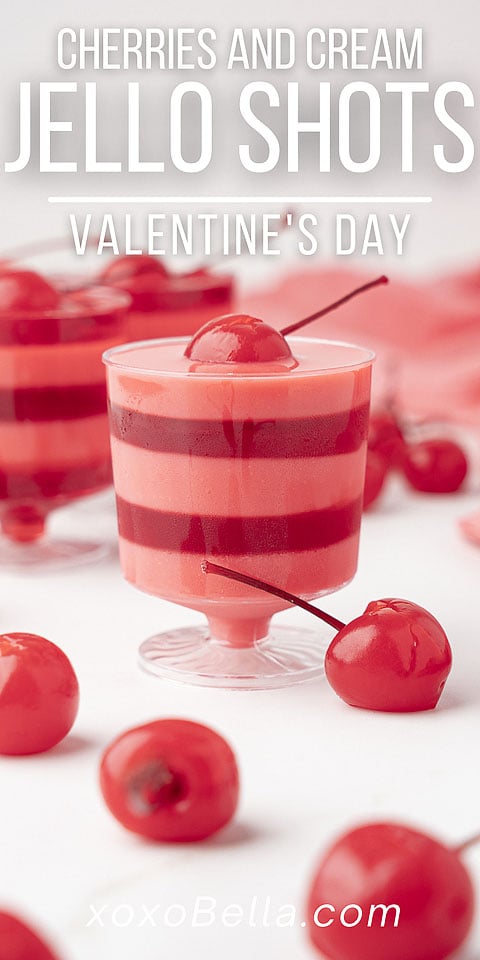 There are plenty of creamy jello shots recipes to choose from. But these cherries and cream layered jello shots for Valentine’s Day are especially perfect! Whether you want to make layered rum jello shots for your beloved or for a Galentine’s party, these Valentine’s shots made with cherry rum and vanilla rum are sure to go down well.

Cherry rum and jello make up the red layers while vanilla rum, jello and evaporated milk make up the pink ones. Maraschino cherries make a pretty garnish or you could use something else instead.

What Kind of Gelatin to Use

I made my jello shots for Valentine’s Day using cherry flavoured gelatin but you can use any red jello such as strawberry or raspberry. Any kind of red fruit or berry goes well with the other ingredients in these cherry rum and vanilla rum shots. Black cherry jello is a darker colour so you will get darker coloured shots. It’ll still taste good though!

If you want, you can buy a 6-ounce package of jello and just divide it between the first mixture and the second instead of using two 3-ounce packages. Maybe you want to use 2 different flavours though, in which case use the two boxes.

Another option here would be making the Valentine’s shots with sugar-free jello. Bear in mind sweeteners weigh a lot less than sugar so the package will be lighter. It won’t make any difference to the finished cherries and cream layered jello shots.

These 2 mixtures have to thicken up a bit before you make the jello shots for Valentine’s Day. You don’t want them to fully set of course, else you won’t be able to make the layers.

Add one layer into each shot glass then freeze until set. Add another layer. Keep repeating these steps, making sure each layer is set before adding the next. When you’re adding the last layer to these cherry rum and vanilla rum shots, add a maraschino cherry too. This makes the perfect garnish for your Valentine’s shots.

How Do You Store Creamy Jello Shots?

This isn’t a shot you can throw together at the last minute, since the cherries and cream layered jello shots need to set. For this reason make them at least an hour in advance. You can also make the layered rum jello shots up to a couple of days ahead.

Keep them refrigerated and covered with plastic wrap. They’ll be fine to consume after day 2 but the colours will begin to bleed after that so they won’t look as pretty.

These jello shots for Valentine’s Day will look and taste good in any kind of glass or container. You can get small stemmed wine taster glasses or even regular shot glasses made from glass. Other options include little paper cups and plastic shot glasses.

Another way to make cherries and cream layered jello shots without shot glasses is in a baking dish. Once you’ve made the Valentine’s shots following the recipe and everything is fully set, you can cut them into 2-inch squares then put them in a bowl.

This is more of a snack than a ‘shot’ because of the shape but it works fine if you are ready to make these and have everything except the shot glasses!

One final idea is to make them in cupcake liners. If you’re doing this, bear in mind you’ll need to keep the cupcake liners in a cupcake pan until the jello shots for Valentine’s day have set completely, else the liquid will just leak out of the delicate paper cups.

Where to Get Cherry Rum and Vanilla Rum 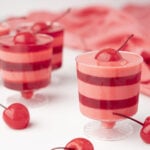 For the red layers

For the pink layers:

For the garnish (optional):

For the red layers:

For the pink layers:

To assemble the shots:

Store Jell-O shots on a tray, covered with plastic wrap, for up to 2 days. Though they will last much longer in the fridge, the colors will start to blend into each other into day 3. *To save money, buy a 6-ounce box of cherry gelatin and divide the box in half by weighing out two 85-gram portions.

Cherry rum and vanilla rum keep for a long time once opened and there are plenty of tasty cocktail recipes you can make using flavoured rum. They’re also delicious served as a long drink with 7Up or Sprite! 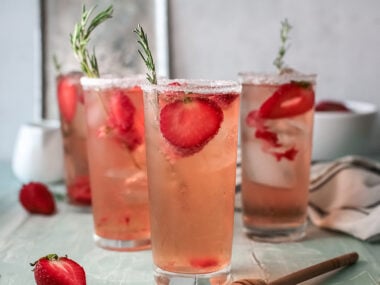 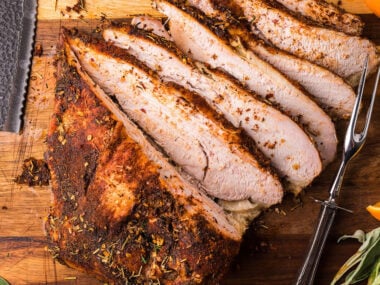