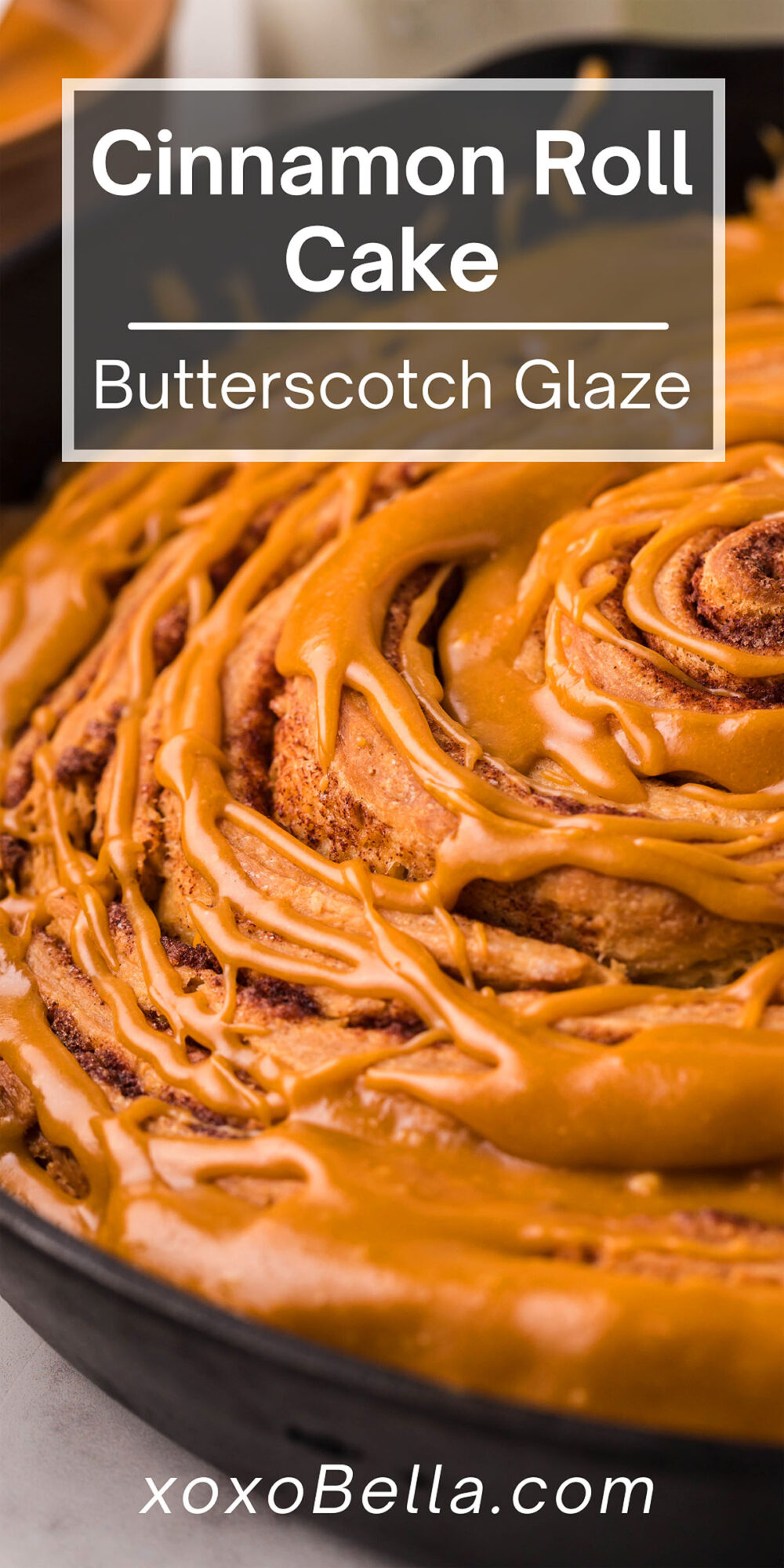 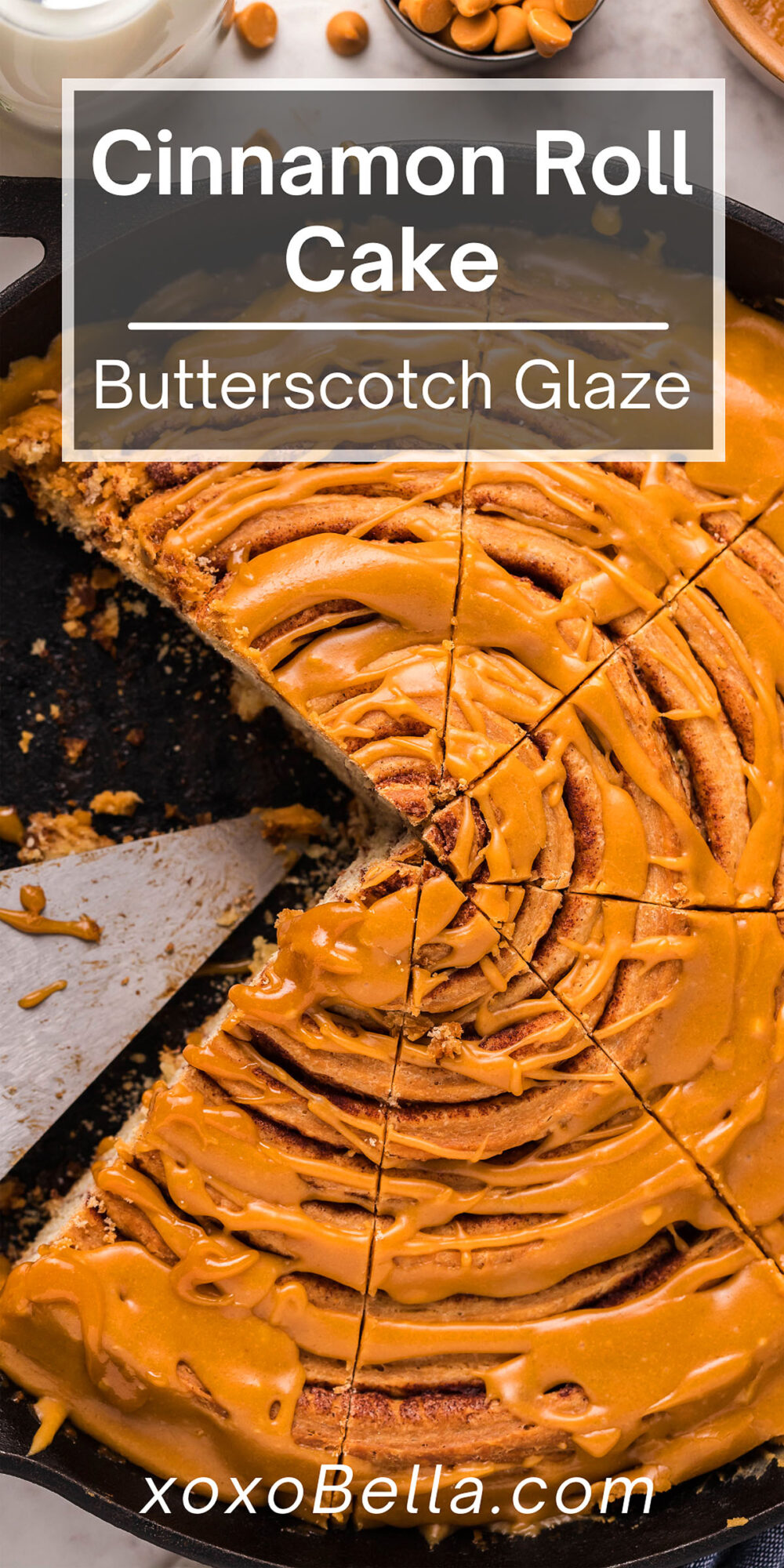 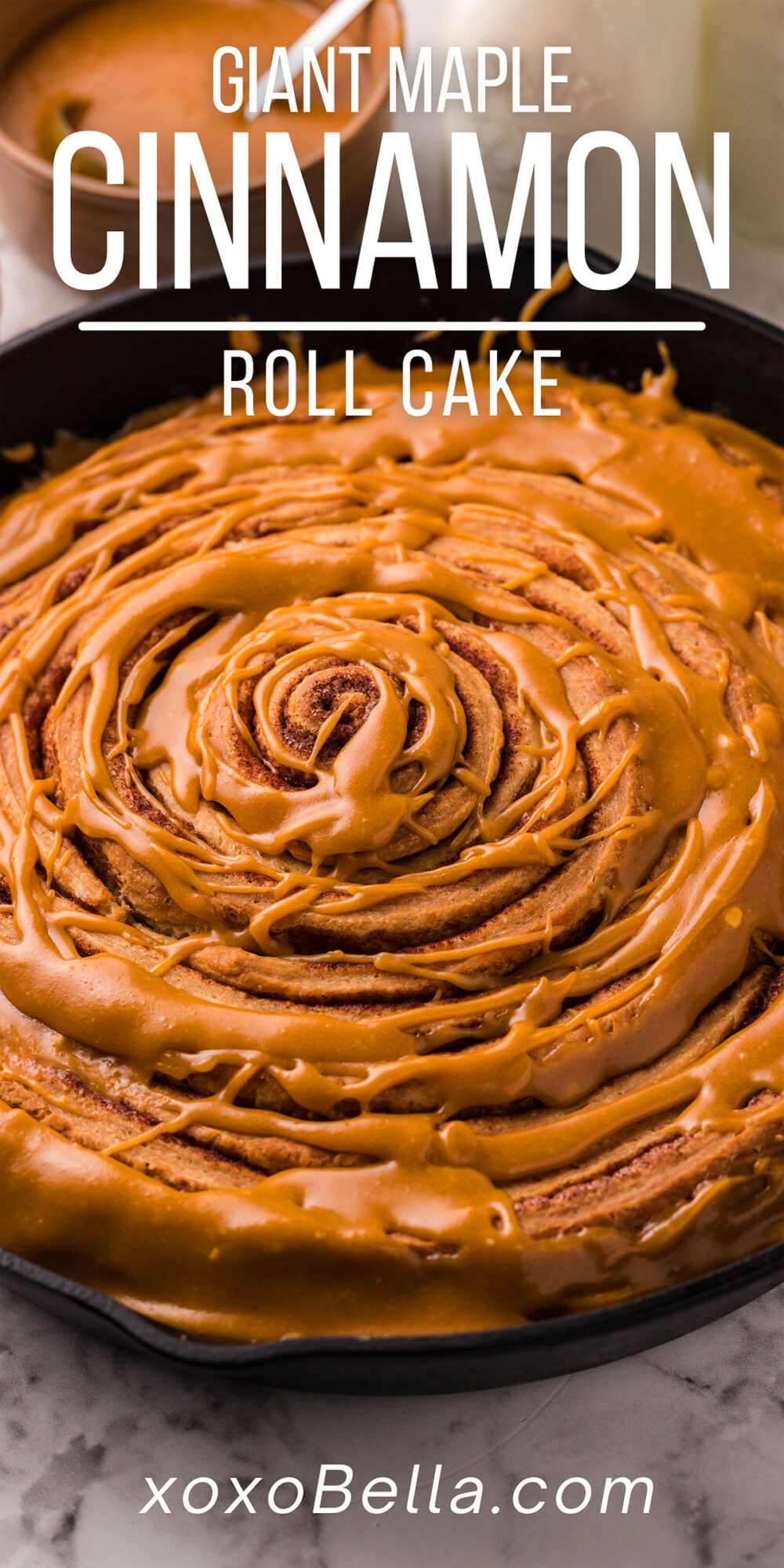 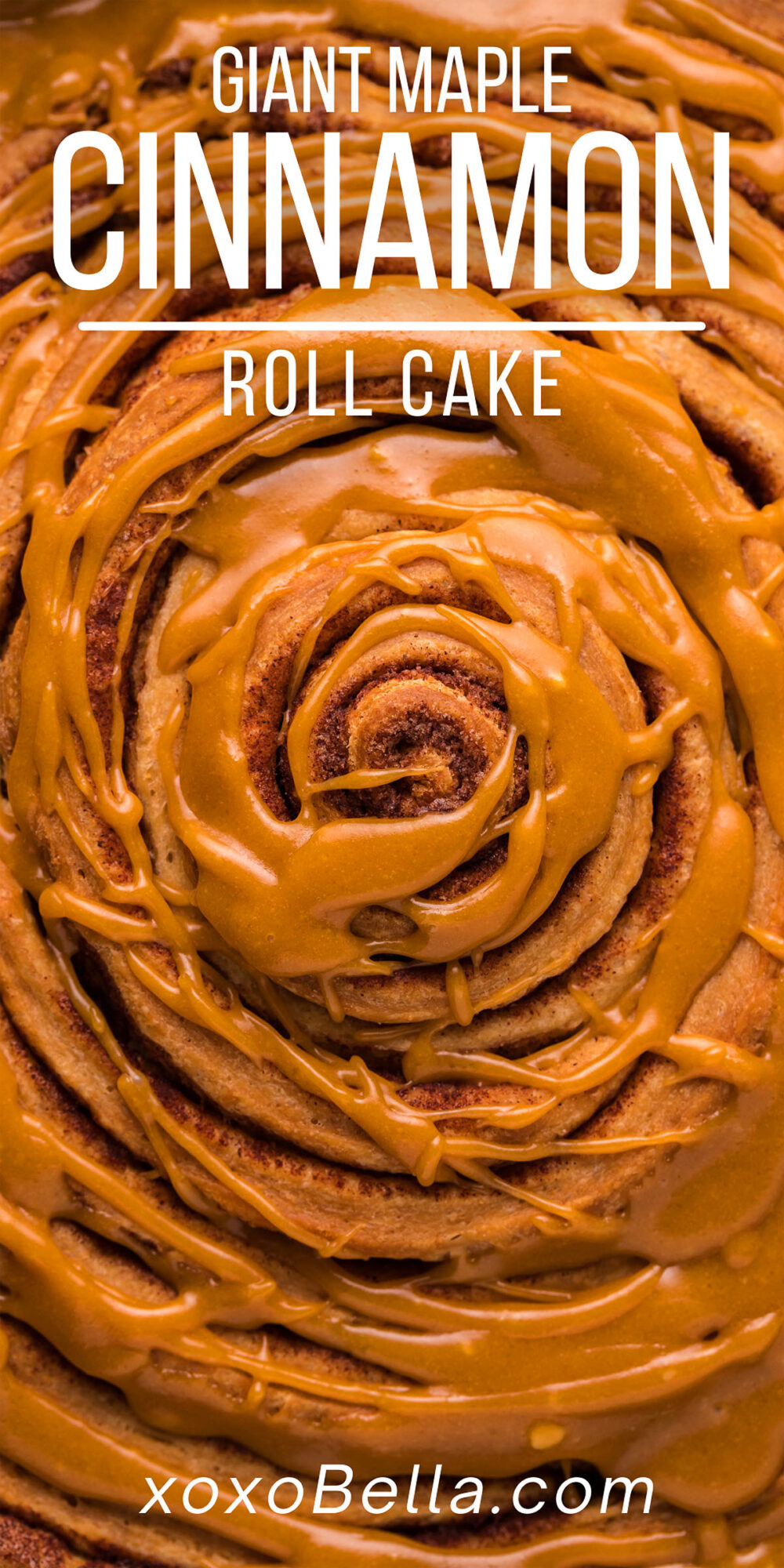 This giant maple cinnamon roll cake with butterscotch glaze is made in a cast iron pan and it is a jumbo version of a sticky cinnamon bun cake. It would be a great treat for a special occasion, such as Christmas brunch or Easter. The butterscotch maple flavour is so good and you’ll definitely be pleased you made this!

There is a fair amount of prep work involved in making a giant maple cinnamon roll cake. There is nothing complicated, though, and even beginner home bakers will find it easy to make!

You are going to need ingredients for the cake itself, the filling and also for the icing. For the cake you need flour, sugar, yeast, water, milk, maple extract, butter, brown sugar, and eggs.

The filling is a mixture of butter, vanilla, cinnamon, and sugar. The icing for your sticky cinnamon bun cake includes butter, butterscotch chips, two kinds of sugar, cream cheese, and heavy cream.

How to Make this Sticky Cinnamon Bun Cake

The first thing to do is prepare the dough. Melt the butter and keep cooking it until it’s golden, then transfer it to a bowl. Put the water, milk and some maple extract in the pan and warm them up, then add this mixture to the browned butter.

Mix the dry ingredients for the dough together then add in the liquid ones. Next add the eggs and mix until the dough starts to stick together like a ball. After covering the giant maple cinnamon roll cake dough with a towel, let it rise for half an hour.

Mix all the icing ingredients together. Flour a chopping board and roll out the dough. Now you can make the sticky cinnamon bun cake filling. Mix butter and vanilla in one bowl and cinnamon and sugar in a second bowl. Brush melted butter on the dough then sprinkle the cinnamon mixture on top.

Cut the dough into 12 pieces and add some butterscotch glaze icing mixture into a cast iron pan. Roll up the pieces of dough, put a towel over the cast iron pan and let it rise again.

When it’s risen enough, you can bake the giant maple cinnamon roll cake for half an hour. Warm the butterscotch glaze icing back up and then pour it over the finished cake.

Why Jumbo Cinnamon Roll Cake is Perfect for Brunch

With its rich butterscotch glaze, cinnamon-flavoured cake dough and unmistakeable butterscotch maple flavour, this cast iron giant maple cinnamon roll cake is great for brunch. It’s also nice for breakfast or as a snack or dessert.

However, if you’re looking for brunch ideas, this is great. Cinnamon rolls are a classic brunch recipe but making one big cinnamon roll cake means everyone can enjoy a portion.

Pair this with a fruit cup perhaps or even something heartier such as baked eggs en cocotte.

What kind of pan should you use to make this?

A cast iron pan is a versatile kitchen tool. Use it for anything from making bacon and eggs to pan-frying steak. It’s also perfect for this butterscotch maple flavour cake since it’s ovenproof.

How do you store leftovers and can you reheat this Cinnamon Roll Cake ?

As you would expect, the best way to enjoy this cake is straight from the oven while it’s warm and fresh. However, unless there are 12 of you at the brunch table (or 6 very hungry people!) you are going to have some left over. Cover leftovers with plastic wrap or foil and keep them refrigerated. You can warm it back up in a hot oven but bear in mind it might dry out. It can also be eaten cold.

Can I freeze this cinnamon roll cake? 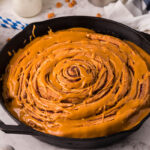 A slice of this giant maple cinnamon roll cake is always a welcomed addition to the brunch table. With its butterscotch maple flavour and sticky icing glaze on top, this treat will rival anything from the bakery. 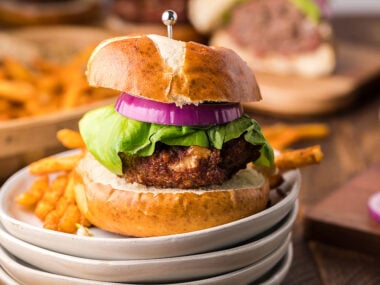 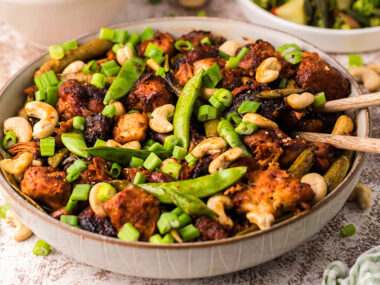 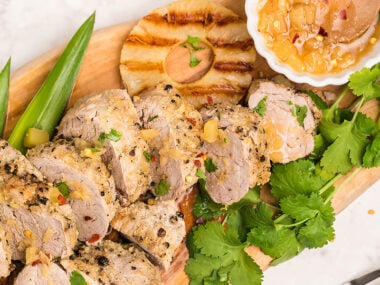