My Trip to the Islands of Tahiti

As travel enthusiasts, we often embark on a journey in search of what we like to call, paradise on earth. The Islands of Tahiti, a place brimming with enchantment, wild and exotic beauty, might just be the paradise you’ve been searching for. The Islands, other than their riveting beauty, are steeped in rich history, delicious cuisine and culture.

Visiting The Islands of Tahiti

Located on the Southern part of the Pacific Ocean, Tahiti and the Tahiti Islands are known as French Polynesia. It is made up of 118 islands and atolls spread out over five archipelagos. The whole archipelago is the equivalent size of Europe.

The islands are are fairly close in proximity, so it is possible to go island hopping and see several of the islands during your stay. I was there for a week and we visited Tahiti, Raiatea, Taha’a and Bora Bora which are all part of the Society Island chain. Other popular islands to visit are Rangiroa, Moorea, Huahine, and Fakarava.

The peak season is considered to be May to November. My trip was mid-April so just outside the peak season. The average temperature in the Islands of Tahiti is 27 degrees C (80 degree F) and I have to say I got more tanned in the week I spent here than I ever got during my travels. The local language is Tahitian and French but we found that most residents speak some English.

I was joined on this trip by Isabelle Cheng, Allons.y and Maria Koustogiannis, Food by Maria. Make sure you check out their posts about the trip, too! An extra special shout out for helping with photos on this trip. 🙂

I flew on a direct flight from LA to Papeete on Air Tahiti Nui. After arriving at Tahiti’s main airport, Faa’a International, I was in awe of the shift in atmosphere as traditional dancers welcomed us with cultural dances and songs. Thanks to their friendly and welcoming nature, I instantly felt at home and excited to see more.

TIP: If you want to stay connected on your trip, I suggest renting a wifi box. You can book your router online before departure or when arriving in Tahiti. Your wifi box will work on all of the Islands of Tahiti and will be infinitely cheaper than using your home data plan.

You should also read 8 Things to Know about The Islands Of Tahiti, A Tahitian Culinary Adventure or My Trip to Thailand.

The Tahiti Pearl Beach Resort, where I spent two nights is famous for its black, volcanic sand beaches. Its unique location afforded me panoramic views of the Matavia Bay and the most amazing sunsets that I experienced in all of the islands.

The focus of our trip was to eat our way around the islands and I was very excited because I knew literally nothing about Tahitian cuisine. On our first day, we visited the local market with the Polynesian Planner. The market was brimming with fresh seafood, flowers, organic fruits and vegetables. Our tour was led by Evy Hirshon, who taught us our first cooking class.

Wherever I travel, a trip to the local market is always a favourite activity. Plus, it is a great place to pick up fresh fruit and snacks (at a good price) to eat during my stay. For someone with a lot of food allergies, the market is a must!

Evy Hirshon is a local Tahitian chef specializing in Vegan dishes. Evy is very passionate about improving the eating habits of Tahitians who have one of the highest diabetes rates in the world. She goes to local schools educating about diet and healthy living and promoting the use of locally grown produce.

Evy welcomed us into her home for a cooking class. She gave us a drink that she called “power juice made right”. It is a mix of turmeric, ginger, and lime juice and it helps to keep colds away. We helped Evy to prepare a raw vegan lunch for us using only local ingredients.

Later in the day we had another cooking class with a local Tahitian chef (plus TV and radio host) Maheata Banner. She also welcomed us into her home for the class. Check out my vlog to see what we made!

Our next stop was Punaauia which was a magical place with beautiful white sand beaches. It was a treasure just waiting to be discovered.

The next day, we got the chance to visit the Papenoo Valley which is in the middle of the island. It is a place surrounded by endless waterfalls and majestic green mountains. Swimming in the Papenoo River was a great way to cool off and it rejuvenated us considerably.

To get to this waterfall it was a 20 minute hike and worth every step for the view. We went in this 4×4 safari tour with Iaorana Tahiti Expeditions. It was a rainy day but we did get a break in the weather.

Paddling, be it traditional sailboats or canoes…also known as a va’a, is part of the culture here. More often than not, it often requires the help and guidance of other individuals to steer it effectively.

Paddling on a sailboat allowed us to explore Lafayette Beach and its surroundings.  Our guide from Moana Explorer paddled the whole way for us which made the trip way more relaxing. This morning on the water was one of my favourite memories of the trip.

Check out my Islands of Tahiti trip vlog! You can watch on YouTube for better quality.

Later that day we flew from Tahiti to Raiatea with Air Tahiti. It is a quick flight with amazing views. Be sure to get a window seat if you can. Our stay on Raiatea was on momentary as we hopped on a boat to make our way to Taha’a where we would spend the next two days.

We stayed at a hotel called Le Taha’a Island Resort and Spa. The hotel, perched on top of an islet known as Motu Tautau afforded us beautiful views of the Taha’a shores.  Le Taha’a is a 5-star property and it was also my first time staying in an over water bungalow. My bungalow was surround by some of the most beautiful water I’ve ever seen and the whole experience was magical. Watch my vlog for a tour of my bungalow.

At the Taha’a Island Resort and Spa you can also enjoy a canoe breakfast and I highly recommend that you do this. There is another better in my mind to enjoy your breakfast and sip your coffee!

You also need to check out the heart shaped island that is close to the hotel. You can borrow paddle boards to get there. I’d say this is another must do activity here.

I was particularly excited about going snorkeling. We went out on a full day
tour with Taha’a Tours Excursions. The first stop was a lagoon where we got to swim in the coral garden and see all the colorful fish.

We then visited a Tahitian vanilla plantation, La Vallée de la Vanille. Taha’a is known as the vanilla island because it produces about 90% of the Tahitian vanilla. The aroma here was AMAZING!

The rum distillery in Taha’a that we visited on our tour with
Taha’a Tours Excursions is called Domaine Pari Pari. This is a small distillery with a family like atmosphere that also produces organic oils from coconut and vanilla.

Next we flew from Raiatea to Bora Bora with Air Tahiti. The famous Bora Bora island is surrounded by an endless stretch of turquoise water, the place perfect for scuba diving, snorkeling and just swimming.

For the next few days while in Bora Bora, we stayed at the Conrad Bora Bora Nui, a luxury hotel located on an island known as Motu To’opua. Since it’s perched between a turquoise lagoon and Mount Otemanu, the views the hotel afforded us were unparalleled.

The Conrad Bora Bora Nui has various types of accommodation. There are beautiful garden suites as well as over water villas. They have bicycles available which you can use to get around the resort quickly.

If you are looking for an adventure go an an ATV tour with Bora Bora ATV. We rode to check out some amazing views of the ocean. We got really dirty but it was so worth it. I highly recommend this activity, too.

Swimming with Stingrays and Sharks

My favorite activity in Bora Bora was seeing and swimming with the stingray and blacktip sharks. We went on a lagoon tour excursion with Manu Taxi Boat for this activity. If y’all know me, you know I love animals and sea life. All the sea life in Bora Bora is dosile, which means they are very submissive and won’t harm you…so it is perfectly safe to swim with them.

You can also get to chance to swim with a lot of fish and when I say a lot I mean hundreds of them! We found a lagoon that was full of fish and it was so dreamy getting to see all the colours underwater.

Tahiti is a destination that is the definition of paradise. It’s the place where friendly locals welcome you with a necklace made out of the flower that symbolizes their nation; the tiare flower. If you won’t be going back to explore their exotic natural beauty, you’ll be going back for their unique Polynesian culture. I certainly hope I get an opportunity to explore more of the beautiful Islands of Tahiti.

This post has been sponsored by Tahiti Tourisme . All thoughts and opinions are my own. Thank you for supporting the brands that support me. 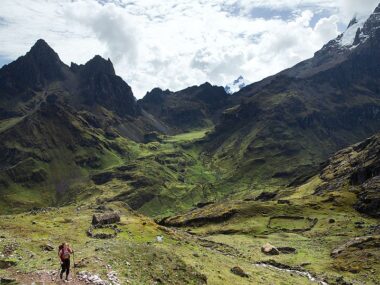 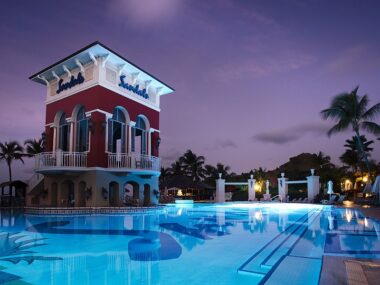 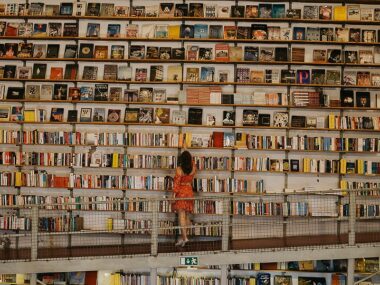