If you’re like me and you’ve been itching to get out of the house, you might be considering some road trips in Canada. After a quarantine period that seems to have gone on forever, (and even longer still) a road trip to the great outdoors is the perfect remedy. Whether within your own region, province or another province, there are so many great options for road trips in Canada.

The best part about a road trip is that it requires little to no contact with other people, so it’s easy to stay safe! Which makes 2020 the year of the road trip if you ask me! If you are embarking on your first road trip, read up on some road trip tips to get you started.

Canada is such a wonderful place to explore—especially if you’re a nature lover. Canada’s ten provinces and three territories boast some of the most impressive natural beauty in the world.

With so many amazing things to see and explore in this North American nation, it can be difficult deciding between them all! That’s why I’ve made a list below of my hand-picked BEST road trips to take in each territory and province of the world’s second largest country.

Known as the Wild West Province, Alberta has a reputation for spectacular landscapes. It’s home to a lot of prairies and Canada’s Rocky Mountains, too.

The bottom line is that it’s a great place to rent a car or camper van and road trip through.

British Columbia has so much to give as a road trip destination. There are a multitude of road trips in Canada that can be done within this province. It’s a traveller’s—and nature-lover’s—dream. There’s so much wildlife and lovely landscapes that it’s really one area of Canada you can’t miss.

You might also like The Best Road Trip Tips & Hacks, Travel Resource Guide, or My Trip to Québec.

Manitoba, bordered by Ontario on the east side and Saskatchewan on its west, is considered one of the three prairie provinces of Canada. As you might guess, that means lots of beautiful scenery to stare at and take pictures of!

The province of New Brunswick has everything you could want from a road trip, from sweeping river valleys to mountains and forests to cities and charming villages. Much to the surprise of many people, however, there’s a chance you will go long periods of time without seeing another human being around. It’s much more land and nature than it is people, depending on which part you’re driving through. That makes it an even more appealing destination during a time like this, when we really need to stay as far away from other people as we can!

Here are some of the top destinations in the province of New Brunswick:

What a gorgeous piece of land and coast this province is! We’ll break this section up into a few of its regions:

From Halifax to the eastern shore, there’s plenty to do and see in Nova Scotia.

Ontario, the home of Niagara Falls, surprises no one with its beauty and natural landscapes. However, it doesn’t make it any less enjoyable to go and see it with your own eyes! Check out some of the most stunning landscapes on these road trip stop options.

This lovely island is filled with rolling hills, coastline views, and lighthouses dotted all along it. It has spacious sandy beaches and is known for its delicious food that is often farm and ocean to table! Get excited about some of these road trip choices for Prince Edward Island.

Quebec is the largest province in Canada. As such, and as you can probably imagine, there’s a lot to see! Aside from British Columbia, Quebec is the province that I have experienced the most road trips in Canada. That being said, there are sooooo many more I want to do one day.

Our tenth and last province of Saskatchewan is great for back road exploration! There are so many options for road trips in Canada within Saskatchewan. With its sand dunes, scenic vistas, river valleys, and so much else to see, this province is sure to please no matter what it is you’re seeking.

The Northwest Territories of Canada sports the perfect balance of wild and unkempt beauty while also having the resources and organized spots needed for things such as visitor information sites, campgrounds, picnic areas, and more. This territory is where I would love to do some road trips in Canada in the coming years. In the Northwest Territories there are three major highways you can take to have this experience in the NWT:

The Nunavut Territory is largely tundra and makes up a fifth of Canada’s land size making a bit harder to take a road trip. Despite the remoteness that a lot of this territory consists of, there is still plenty to do and see! See below for a few ideas and top attractions.

You might also like Staycation Ideas to Knock it out of the Park, The Laurentians – Québec Road Trip or Two Days in Whistler.

Yukon is full of scenic views, long summer days, and a ton of roadway! It makes for a great place to road trip in Canada.

Deciding which road trips to take will depend on how much time you have, and of course, which attractions and natural sights you find most appealing.

So, pick a route and make sure to submit yourself whole-heatedly to the experience that awaits you in whichever adventure you’ve chosen. 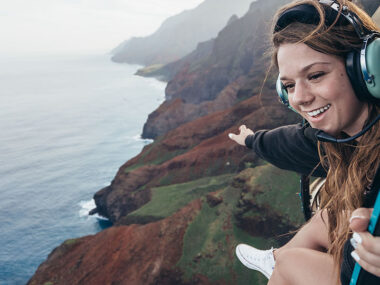 Helicopter Ride – 10 You Must Do 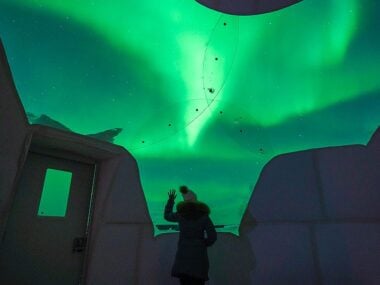 Chasing the Aurora in Fairbanks Alaska 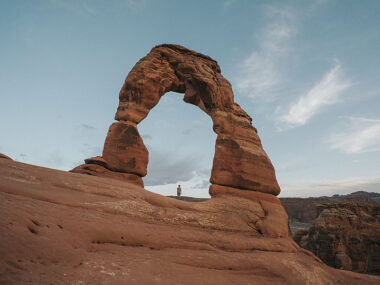 16 Instagrammable Spots Around the Southwest