This chocolate pancake recipe is good for breakfast or dessert, or even as a snack. It’s rich in chocolate and cinnamon flavours, and really special.

A Dutch baby pancake, which is sometimes known as a Dutch puff, Hootenanny, Bismarck, or Dutch baby, is a type of popover. It’s baked in the oven, unlike with traditional pancakes.  Cocoa Dutch baby recipes are usually thicker than pancakes or crepes.

The recipe might have come from ‘pfannkuchen’, a German pancake, but these yummy treats can also be traced back about a hundred years to the United States. Flour, eggs, milk and sugar are the main ingredients, while cinnamon and vanilla are commonly added. Sometimes other flavours are used, such as fruit.

This chocolate pancake recipe is cooked in a cast iron pan which is safe to use in the oven. The pancake will deflate as soon as you take it out of the heat.

These first cropped up, according to Sunset Magazine, in the early 1900s on the menu at Manca’s Café in Seattle.

The name ‘Dutch baby’ is believed to have come from one of the owner’s daughters, maybe confusing ‘Deutsch’ (the German word for German) for Dutch (meaning from the Netherlands). They do have pancakes in Holland but they’re thick and dinner plate sized, and nothing like these texture-wise.

Do you want to make a gluten free version of this tasty recipe? You can make a gluten free pancake easily by subbing gluten free flour for the all-purpose flour. I used Bob’s Red Mill 1 to 1 flour, but you will probably find success with other brands. The gluten free Dutch baby will taste the same as one made with conventional flour.

How to Make a Cocoa Dutch Baby

You can make these large or small. Either way they come out smaller than typical popovers. You will need cast iron pans though, since they need to be ovenproof.

The batter is flavoured with cinnamon and cocoa powder, then oven baked in the greased cast iron pans. This gluten free pancake (if you are making it gluten free) will puff up and be ready in about twenty minutes.

It rises up because it’s cooked in such a hot oven and puffs up like a popover. Be really careful with the cast iron pans, using oven mitts or oven gloves. Cast iron can get super-hot!

This Dutch baby pancake will start to deflate as soon as it comes out of the oven. Unlike with a soufflé, that is normal with this recipe. It will puff up and then flatten down again. This is best served as soon as it’s cooked, so make sure you have the fruit, yogurt or other toppings to hand when it’s done.

What to Serve with this Gluten Free Dutch Baby Pancake

You can pair this chocolate pancake recipe with anything you want. I made mine with caramelized bananas, cooking the bananas in a pan and adding some brown sugar to them. Then I added a spoonful of yogurt and it went so well.

You can use whipped cream instead of yogurt if you want, or even vanilla ice cream. Instead of the bananas, consider seasonal berries. Strawberries or raspberries would be nice with this gluten free Dutch baby. Drizzle some honey or maple syrup over the yogurt, ice cream or whipped cream, as a final touch. Yummy!

You can have the cocoa Dutch baby with a cup of hot chocolate or coffee, or any other drink you like. If you’re making it for breakfast or brunch, you could even mix things up by having some crispy bacon on the side! I really love this gluten free pancake and love experimenting with different fruits on there.

Because of the shape of the pan, the chocolate German pancake recipe curls up at the edges. That is what gives it such a distinctive look. It also makes it better to hold the filling.

What’s With All the Ghee?

Ghee is basically clarified butter, which means the milk solids are removed from the butter. This makes it lactose free and also gives it a higher smoke point. You might be wondering why you need four tablespoons of it to make a cocoa Dutch baby recipe.

The reason is that most pancake recipes use butter in the batter, and this one doesn’t. However you still need to stop it sticking from the pan, so don’t skimp on the ghee. You can also use melted butter if you don’t have ghee or a lactose intolerance. 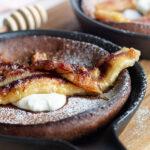 Enjoy this gluten free Dutch baby for breakfast, brunch or for dessert. One thing is for sure about this chocolate German pancake recipe – it’s a dish you’ll want to make more than once!

If you are looking for another breakfast recipe, try out this Tiramisu French Toast Casserole Bake with Sweet Cream. 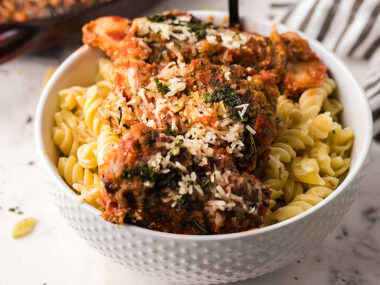 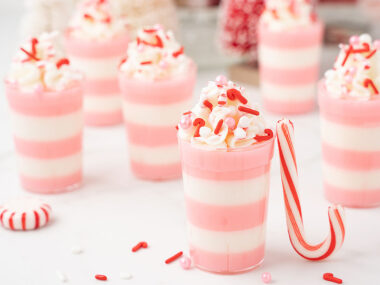