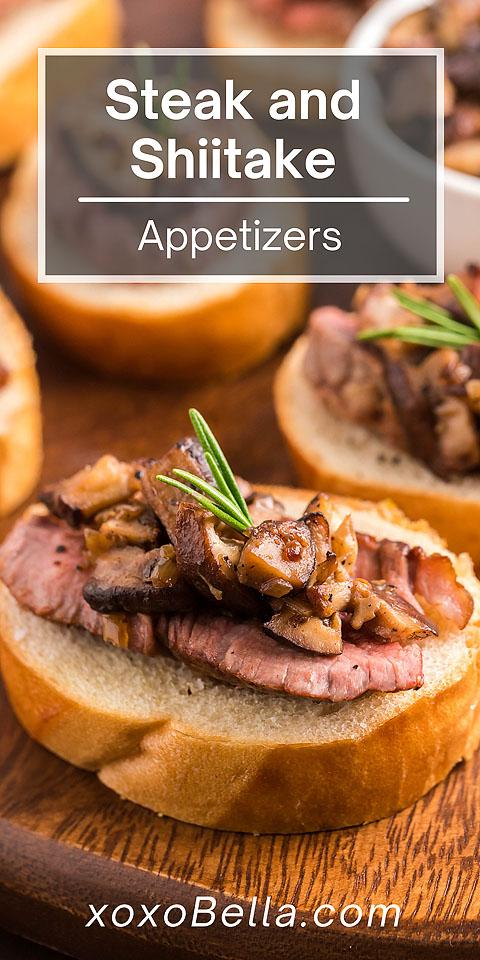 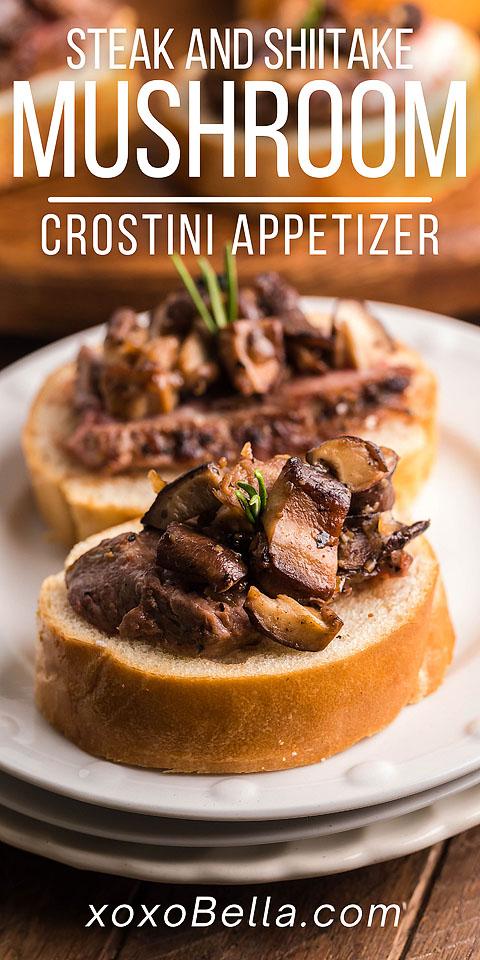 This steak and shiitake mushroom bruschetta crostini is a really tasty canapé. Since the steak and mushrooms are served on toasted bread, it’s a handy finger food option for parties. This beef crostini with mushrooms is the kind of appetizer you might take from a tray at a party. You can also serve steak mushroom bruschetta bites as the first course of a sit-down meal. And you’ll find this simple steak crostini recipe easy to prepare.

Crostini vs. Bruschetta: What’s the Difference?

However, while bruschetta is whole toasted slices of bread with toppings, crostini are smaller toasted bread pieces, making them better for finger food. White bread is the typical bread of choice for crostini. It toasts well, doesn’t get soggy and the neutral flavour showcases the toppings.

This recipe, is shown as crostini, however, it is easy to use the same topping on whole toasted slices of bread for bruschetta.

What You Need for a Steak and Shiitake Appetizer

I like to use New York strip steaks to make a steak and shiitake appetizer. Another name is sirloin steak – it’s the same cut. It’s not as expensive as filet mignon. Also, it’s a lean cut so nobody has to use a knife to trim away any bits of fat. Strip steak has one band of fat down the side which you’d leave on if serving a steak entrée but remove for something like beef crostini with mushrooms.

Shiitake mushrooms are brown mushrooms with tall caps. They’re native to East Asia and boast more Vitamin D content than most other mushroom varieties. Their buttery, rich and meaty flavour makes them a perfect partner for steak. If you can’t find shiitakes, try sliced portobellos instead because they offer a similar rich taste.

Rosemary offers a strong flavour to complement both the beef and the mushroom flavours. Shallot, garlic and onions are other bold ingredients in steak and shiitake mushroom bruschetta crostini.

For the best result when cooking steak, always let it come to room temperature before cooking. If you don’t the protein will tighten up when exposed to the heat from a cold state. This results in a tough piece of meat which is not what you want. Give it 45 minutes on the countertop to ensure it reaches room temperature.

There’s nothing hard about making beef crostini with mushrooms. And if you like rich-tasting appetizers, you’ll love steak and shiitake mushroom bruschetta crostini.

Once your meat is at room temperature you can season it with salt and black pepper as well as minced onion then pan-fry it. Add the butter, rosemary and garlic, then let the steak rest (this is important to keep it juicy). You can then slice it thinly using a sharp chef’s knife.

Mix the mushrooms and shallot with garlic, oil and salt and sauté. Ready to assemble the steak mushroom bruschetta bites? Add a slice of steak to a toasted slice of baguette then spoon the mushroom mixture on top. Add the rosemary as a garnish and serve!

Whether this steak crostini recipe is served still warm or cools to room temperature it’s good either way. Toasting the baguette before adding the toppings ensures the bread doesn’t get soggy.

Variations for Beef Crostini with Mushrooms

This steak and shiitake mushroom bruschetta crostini appetizer is all about BIG flavours! If you’re wondering what else you could add, you might want to consider another vibrant flavour. Blue cheese or goat cheese pair beautifully and a tiny crumbling on top of the crostini would add another dimension.

If you prefer a different kind of steak to New York strip, that is also a possibility. Beef tenderloin would also be good in a steak and shiitake appetizer or you could try round steak or another favourite. I’d recommend a lean, tender type of beef, especially if this is going to be served as finger food. You don’t want to serve finger food where people need a steak knife!

Another variation is to use a combination of cremini, oyster and shiitake mushrooms instead of just the shiitake. These 3 mushroom varieties have the boldest flavours, so a combo would also work here.

Swap the rosemary garnish for fresh thyme sprigs, or the garlic paste for a splash of sherry. Any of these variations would keep the steak and shiitake mushroom bruschetta crostini tasting vibrant and wonderful. So the next time you want a hearty appetizer or finger food, consider this mouth-watering steak and shiitake appetizer. It is perfect for game day or holiday entertaining.

If you are a fan of this steak crostini recipe, you might also like Herb Grilled New York Steak with Bacon and Scallions, Simple Marinated Grilled Flank Steak Tacos or The BEST Creamy Mushroom Risotto.

Let me know if you try this tasty steak and shiitake appetizer recipe. Steak and mushroom bruschetta bikes are a great addition to your holiday entertaining or game day menu.

If you are looking for other appetizer recipes, you might also like this Air Fryer Blueberry Brie Pastry and Dip Appetizer. 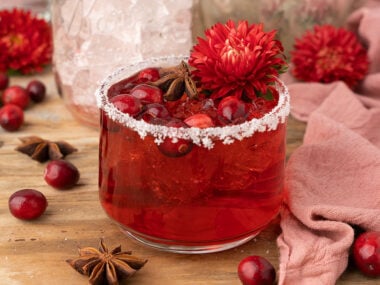 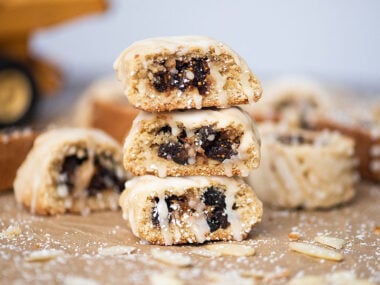 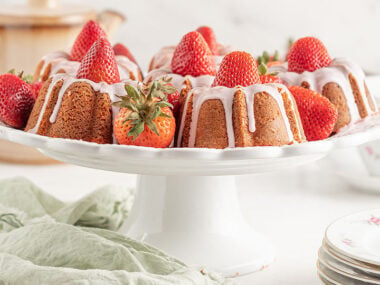