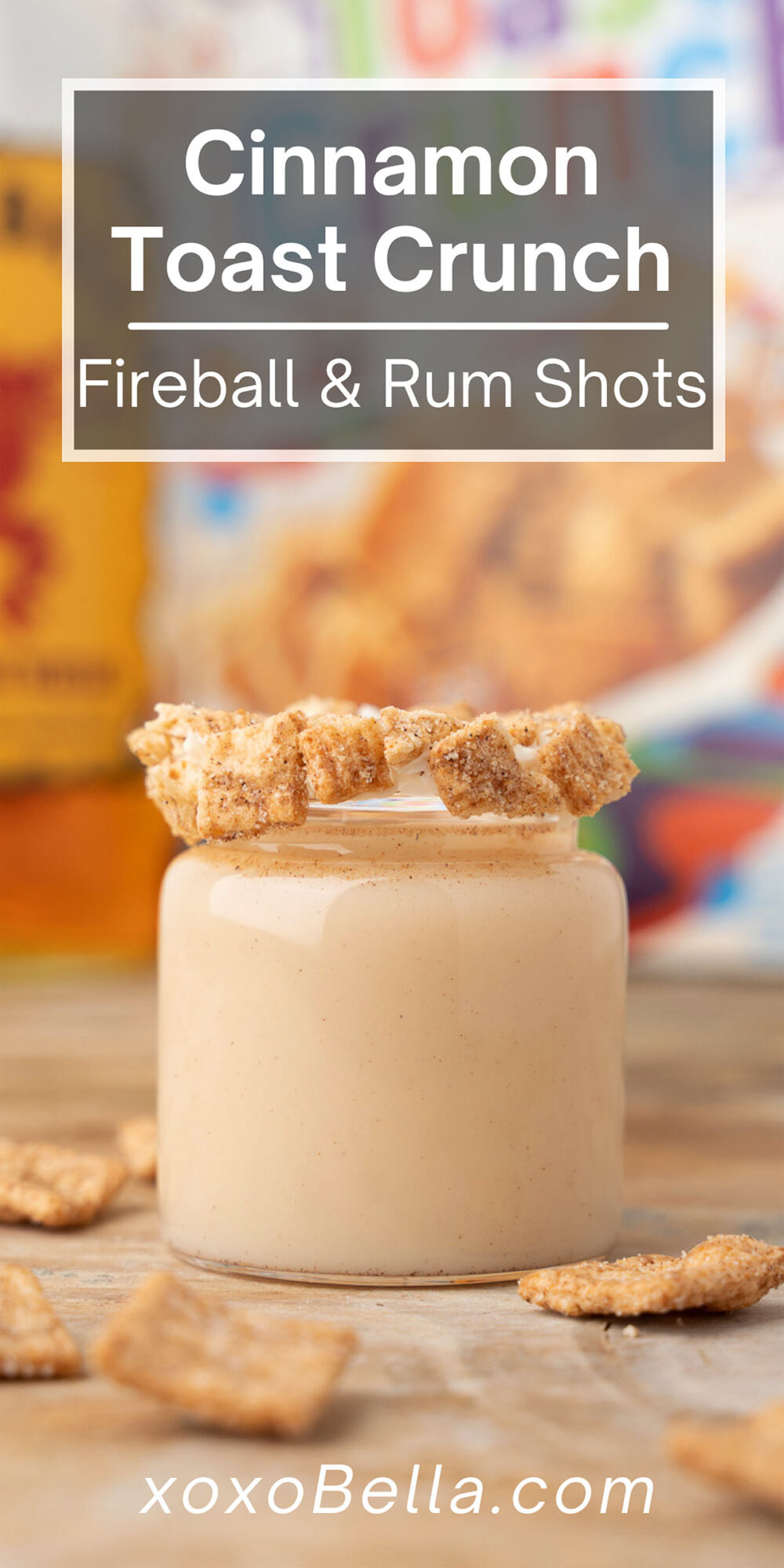 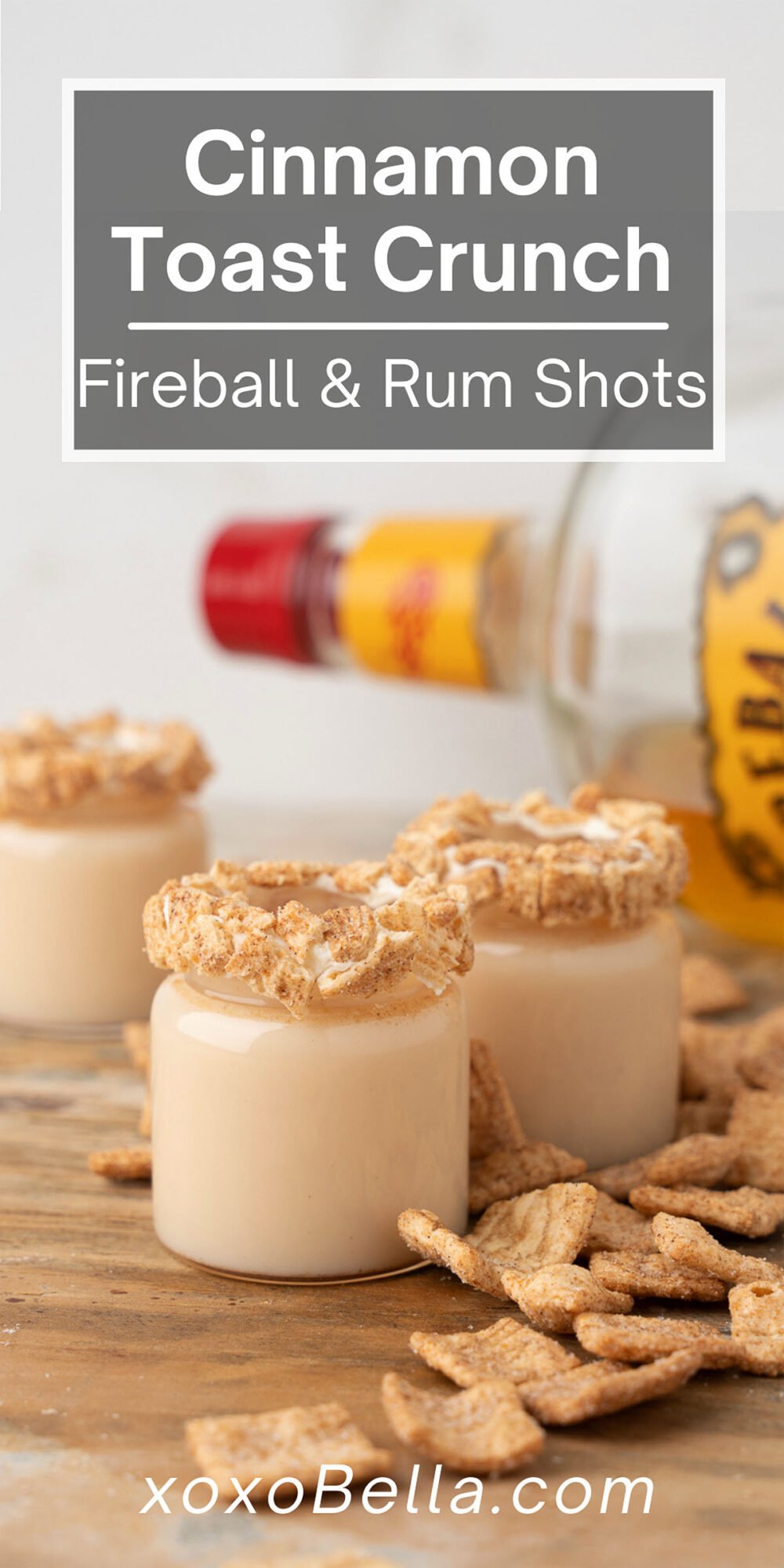 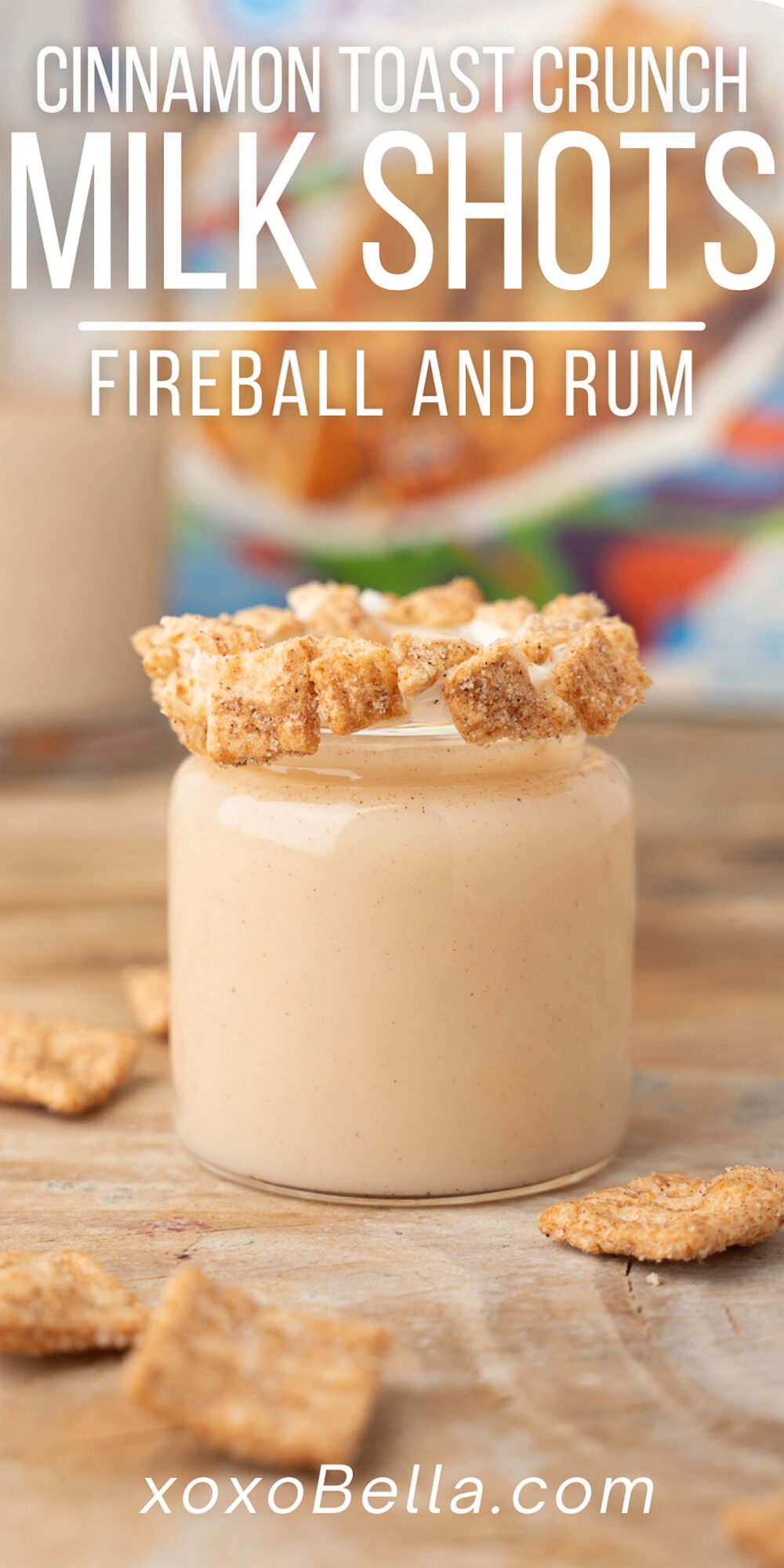 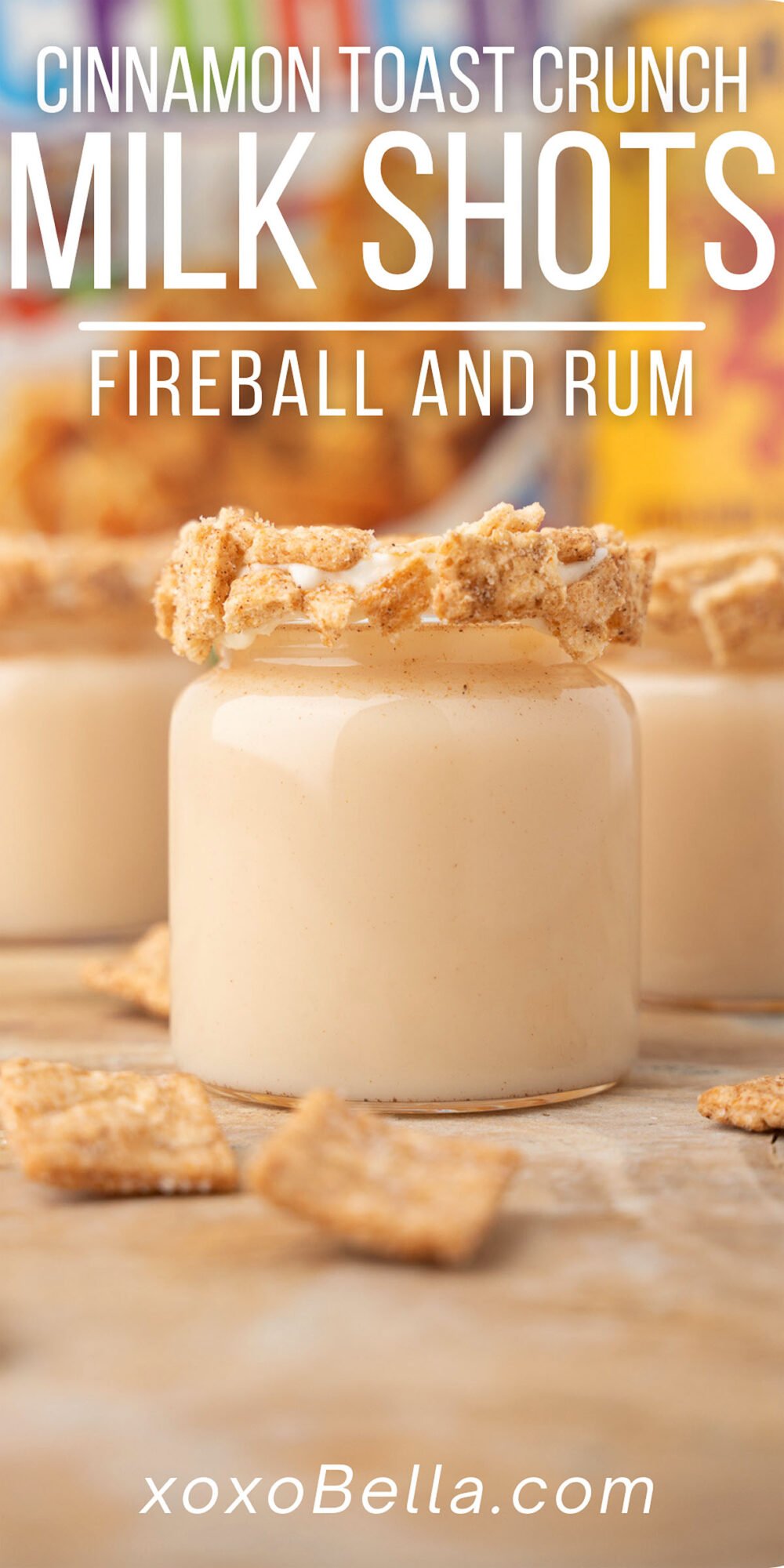 Cinnamon cereal shots pair Cinnamon Toast Crunch with vanilla, rum and cinnamon whisky for a warming shooter you will seriously love. Who says cereal is only for breakfast – this recipe proves you can make incredible cereal shooters with it too!

You will also be using RumChata, vanilla frosting and a cinnamon whisky such as Fireball for example. RumChata is a rum-based cream liqueur flavoured with sugar, vanilla and cinnamon. It’s smooth, creamy and totally delicious. It also works very well in this recipe because it complements the other flavours in the recipe.

If you don’t have vanilla frosting to hand you can sub anything sticky, since it’s just to help the cereal pieces adhere to the glass. Marshmallow fluff, corn syrup or even honey would work too. In fact, I bet honey would really complement the cereal flavour!

You will first make cereal-infused RumChata and then the shots. The first step is to put the cereal in a measuring cup then pour RumChata over the top and stir. Let the mixture sit for half an hour, stirring a couple of times. After that you can strain the mixture into a container, ensuring the press the cereal through the sieve with a wooden spoon to squeeze as much liquid out as you can. Chill this liquid until you’re ready to proceed with the cinnamon toast crunch fireball and rum milk shots.

Put the vanilla frosting on the rims of shot glasses then press cereal pieces on it for decoration or else just roll it in cereal pieces.

Add ice to a shaker then add the rum and cinnamon whisky mixture. Shake and pour into the shot glasses and serve garnished with a crunchy piece of cereal as decoration. These are the small bottles I used for shot glasses.

Feel free to use any brand of cinnamon-flavoured cereal for these cinnamon cereal shots. In fact, you could use any cereal you happen to prefer, if Cinnamon Toast Crunch isn’t a favourite.

You can also use anything sticky on the rim to stick the cereal pieces too. As for the RumChata, it’s a creamy rum liqueur which can be replaced with something else like Bailey’s for example. This RumChata and Fireball shooter is great made the way it is but it would also be nice if you tweak the ingredients to your preferences.

How far in advance can you make Cinnamon Toast Crunch Fireball and rum milk shots?

You can make this recipe up to a week ahead if you want. Just don’t add the ice to the mixture and ensure you keep it in a sealed container in the refrigerator. Oh, and give it a very good shake before serving!

What size glasses is best to serve these rum and cinnamon whisky shots?

I find that 2-ounce shot glasses are the perfect size to serve RumChata and Fireball cinnamon shots or you can go smaller or larger as you prefer. 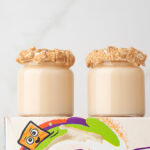 Course: Drink
Cuisine: American
Keyword: cocktail
Prep Time: 35 minutes
Total Time: 35 minutes
Servings: 1 2 ounces
Calories: 94kcal
Author: Bella
Cinnamon Toast Crunch Fireball and rum milk shots are so good. Making these Fireball shooters is so easy at home. These cinnamon cereal shots are many with RumChata and Fireball so they pack a punch! You will love these cereal shooters!
Print Save Saved!

For the Cereal-Infused RumChata ( make enough for 6 shots)

For the Cereal-Infused RumChata (makes enough for 6 shots):

You might not want to have Cinnamon Toast Crunch Fireball and rum milk shots for breakfast (but hey, I’m not judging!) However, they are really delicious and combine cinnamon, rum and cream along with a wonderful crunch. These cereal shooters are unusual and if you want something slightly different, I heartily recommend these cinnamon cereal shots. They will help get any party started on the right note! 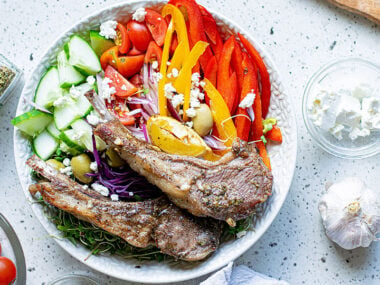 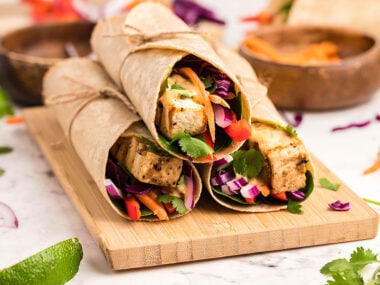 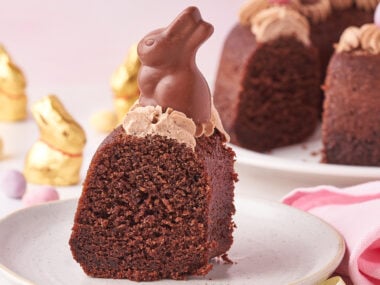