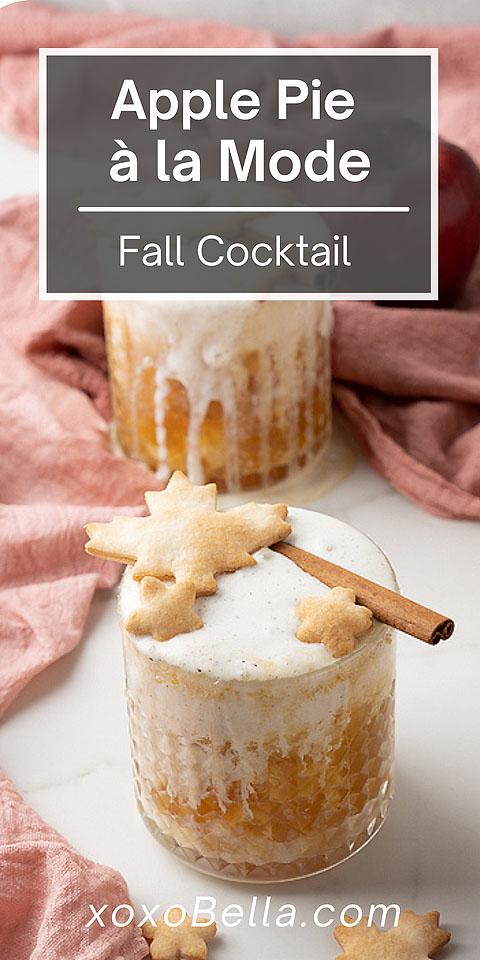 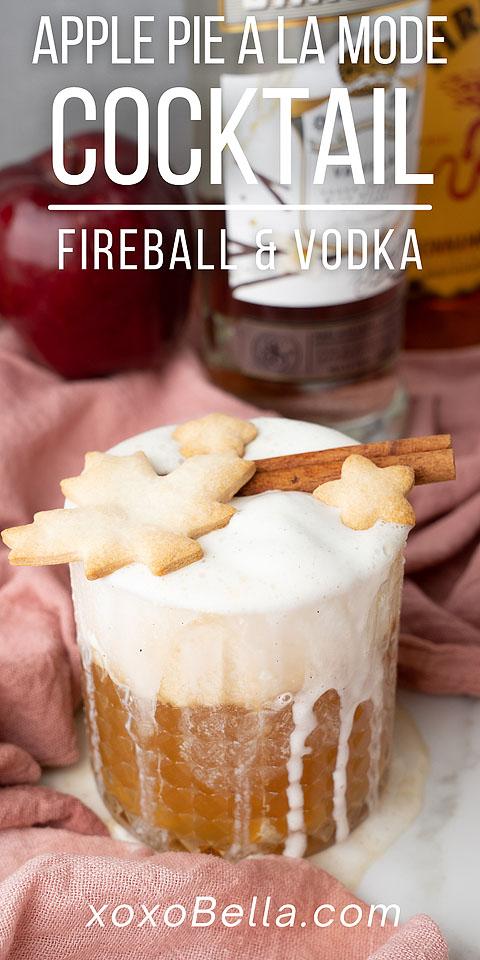 Apple pie is always comforting and yummy and cocktails are always fun. This recipe combines the best of both worlds resulting in the best ever apple pie à la mode cocktail. Now you can get your fill of apple, cinnamon, vanilla, and more wonderful flavours in every sip. This heady cocktail with fireball whisky and vanilla vodka packs a real punch! It’s great in the fall as an autumn cocktail recipe, but I could enjoy this anytime. So let’s find out some more about this apple cinnamon cocktail made with apple cider.

Add this autumn cocktail recipe to your list to make this fall. It would be perfect for Thanksgiving or after a day at the pumpkin patch or apple picking. You will love how Fireball cocktails will warm your soul! You will become an instant fan of this apple cinnamon cocktail made with apple cider. You can make a single serving or a whole pitcher of the apple pie à la mode cocktail.

Apple cider, along with cinnamon sticks for infusion, are the first ingredients you need to make this apple cinnamon cocktail. Ready-to-bake piecrust dough is nice to make a piecrust garnish but you can avoid this step if you want. It’s isn’t compulsory. If you are looking for Fireball mixed drinks or vanilla vodka drinks, you will just LOVE this beverage!

For the cocktail itself you need cinnamon whisky (I like Fireball) and vanilla flavour vodka (any brand). A lemon wedge and brown sugar are used to rim the glass. And then you just need some vanilla ice cream.

How Long Do You Infuse the Cider?

You might be wondering how long it takes to infuse the apple cider with cinnamon flavour. The answer is it depends how strong you want the cinnamon taste to be. The longer you leave it, the stronger it gets.

I infused mine overnight and that was perfect, but you might be in more of a rush to make this apple pie à la mode cocktail!

If you want to make it straightaway you can even use ground cinnamon or cinnamon oil rather than steeping cinnamon sticks in the apple cider. The choice is yours.

Although this garnish is optional it’s fun to make and what goes better with the flavour of apple pie than tasty, crumbly piecrust? You need to cut shapes with a cookie cutter and then bake them in the oven.

How to Assemble the Cocktail Made with Apple Cider

This autumn cocktail recipe is a breeze to prepare. Once you have your cinnamon apple cider, the cooked piecrust shapes (if using) and remaining ingredients you can begin.

OK so you have everything ready! First of all you need to run the lemon wedge around the mouth of each serving glass to moisten it. Next you can roll it in brown sugar. The sugar will stick to the lemon juice but give it a minute or two to properly set before you continue.

Next up, add vanilla ice cream to the glass and then shake the cider with the whisky and vodka in a cocktail shaker. Pour this over the vanilla ice cream. Finally add the piecrust garnish if using and enjoy! I promise this cocktail with fireball whisky and vanilla vodka is so amazing it’ll take you into orbit!

Can You Make this Apple Cinnamon Cocktail Ahead?

Looking for a make-ahead autumn cocktail recipe? This one can be prepared up to three days ahead. So that’s one day for infusing cinnamon into the apple juice and then you get another two days to play with. The cinnamon will be super-strong by then, so if you’re a cinnamon fiend you’ll love it.

I love how creamy and indulgent this cocktail with Fireball whisky and vanilla vodka gets when you pour it over the ice cream. Of course the ice cream will melt a little when coming into contact with the cocktail, and release a wonderful creamy liquid into the glass.

Is This a Drink or a Dessert?

There is no need to categorize this wonderful Fireball vodka cocktail made with apple cider. So is it a drink or dessert? Well, why not both! If you want something delicious to finish off your meal in style, this apple cinnamon cocktail ticks all the boxes. It’s fun enough to be a perfect cocktail but sweet and rich enough to be dessert. You really do get the best of both worlds with this one!

What is Fireball Whisky Exactly?

Fireball is a combination of Canadian whisky and sweeteners as well as cinnamon flavour. It was created in the 1980s in Canada and actually wasn’t really known in other countries until a few years later.

It’s typically served on the rocks or as a shot. There are many cocktail recipes that use it, including this apple pie à la mode cocktail. 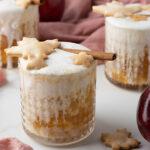 To Infuse the Cider

For a Single Mixed Drink:

To Infuse the Apple Cider

For a Single Mixed Drink (See Notes for a Pitcher)

For a batch (makes 16 servings):  *If using a punch bowl, you can scoop the ice cream directly into the punch bowl with the apple pie cocktail. Serve in brown sugar-rimmed glasses and garnish with a cinnamon stick.

So now you know, if you want an apple cinnamon cocktail with a bit of kick, make this! It’s an apple pie a la mode cocktail which is dessert and a cocktail rolled into one. Once you’ve tried this, I guarantee it’ll become one of your favourite autumn cocktail recipe options!

If you are looking for another autumn cocktail or other Fireball cocktail recipes, you might like this Salted Butterscotch White Russian or this Toffee Apple Cider Fireball Hot Toddy. 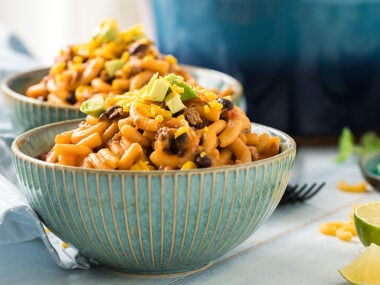 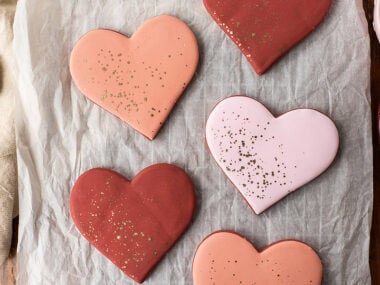 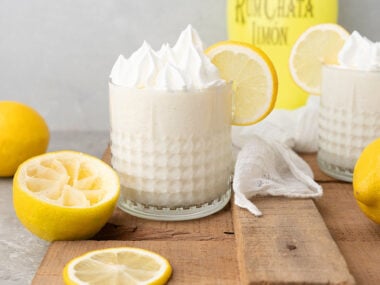