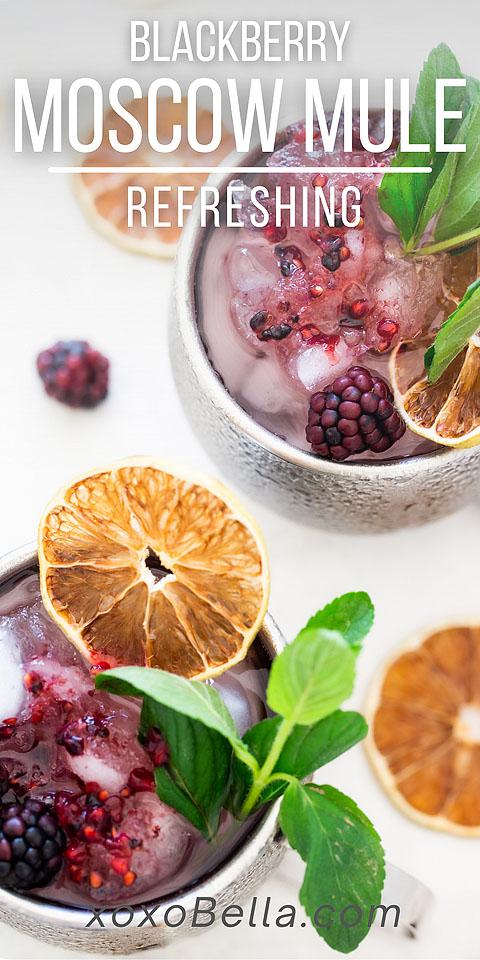 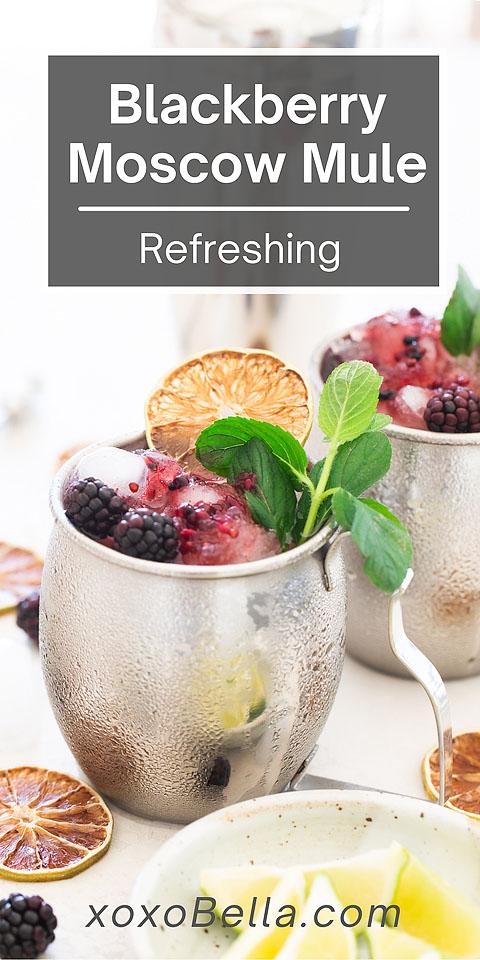 When I first learned how to make a Moscow mule, I was so happy to find out how easy it was! You will need a copper mug for this blackberry Moscow mule and just a few ingredients. This cocktail with vodka is traditionally served in a copper or metal mug because it helps keep the drink extra cold. That means extra refreshing! This blackberry cocktail recipe is a wonderful summer drink. Try this if you are looking for a recipe with ginger beer, too!

What are the Ingredients in a Blackberry Moscow Mule?

This is an easy recipe with ginger beer, vodka, lime juice, and blackberries. Mint sprigs are also great. If you already know how to make a Moscow mule, you’ll see the recipe is the same as that but with the addition of blackberries.

If blackberries have begun to appear, that means summer (or at least spring) is already here! Take advantage of them and rustle up this quick and easy blackberry Moscow mule for you and your friends.

How to Prepare It

First put the lime juice, fresh mint and blackberries in a copper mug. Yes you can use a glass if you don’t have a copper mug – it just isn’t as traditional! Now you can get to work mashing the lime, mint and berries. This releases their flavours into the drink so don’t worry about over-mashing. You won’t!

Next add ice to the mixture. I like to add both ice cubes and crushed ice to keep this tasty cocktail with vodka super-cold! Add the vodka and stir, then add ginger beer to fill the mug. You can add mint leaves and blackberries on top to garnish if you like. A wedge of lime would also look good on this blackberry cocktail recipe. Now, bottoms up! Cheers!!

Can I Use Other Berries?

This recipe with ginger beer and vodka would also work with strawberries, raspberries or even mixed berries instead of the blackberries. Any of these would suit the ginger beer, vodka and lime flavours so get creative!

This bright, tasty summer cocktail can be made in a pitcher. Else just make them individually since it’s such an easy cocktail to make.

Can I Use Ginger Ale Instead of Ginger Beer?

You might be wondering whether ginger ale would work in this blackberry cocktail recipe. When you know how to make a Moscow mule you’ll discover that vodka, lime and ginger beer are the key ingredients. But what if the grocery store only has ginger ale? Well, ginger ale is similar to ginger beer but it isn’t the same. Ginger beer has a stronger, more gingery flavour!

You could switch ginger beer for ginger ale but the blackberry Moscow mule will turn out sweeter and more bubbly, with less of a kick.

History of the Moscow Mule

This mouth-watering cocktail with vodka, lime and ginger has been around for a while, since the 1940s anyway. Another name for a recipe with ginger beer, citrus and liquor is a ‘buck’ although mule is more known.

As with many cocktails, the exact creator of this cocktail with vodka isn’t known for sure. One story has it that a large delivery of Jack Morgan’s Cock ‘n Bull Ginger Beer arrived at New York’s Chatham Hotel.

Along with the Cock ‘n Bull president, the president of Smirnoff vodka was there. Between themselves they came up with the idea of combining the two liquids and adding some citrus. And the Moscow mule was born. Or was it?

Another story claims the drink was created when the cellar had a lot of vodka and ginger beer to use up. And Moscow mule was the inevitable result. Whichever of these stories is more accurate, the truth is knowing how to make a Moscow mule means you can make one in no time. And a blackberry Moscow mule is perfectly refreshing for the summer.

There are other mule variations such as an Irish mule with Irish whisky, a Southern mule with Southern Comfort, a Mistletoe mule with cranberries and rosemary, and a Jamaican mule with spiced rum.

If you are a fan of this blackberry cocktail recipe, you might also like The BEST Mint Pineapple Ginger Mojito Mocktail, Smoked Beer Can Chicken with Mexican BBQ Sauce or Zesty Kiwi Jalapeño Margarita Cocktail. 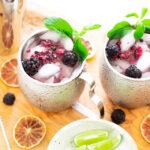 Course: Drinks
Cuisine: American
Keyword: cocktail
Prep Time: 5 minutes
Total Time: 5 minutes
Servings: 1
Calories: 193kcal
Author: Bella
When I learned how to make a Moscow mule, I realized it was so easy! You need a copper mug for this blackberry Moscow mule. This cocktail with vodka is served in a copper or metal mug. This blackberry cocktail recipe is tasty and a recipe with ginger beer, too!
Print Save Saved!

I love making this blackberry cocktail recipe with juicy fresh blackberries. It’s my go-to summer cocktail with vodka. This blackberry Moscow mule is sure to be a hit. If you think you’ll make this often, it’s definitely worth investing in a set of copper mugs!

If you are looking for another summer cocktail with berries, you might like this Cherry Lime Caipirinha. 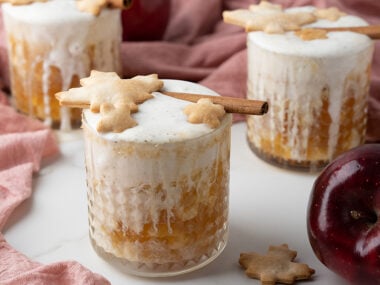 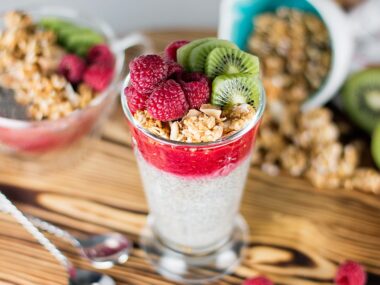