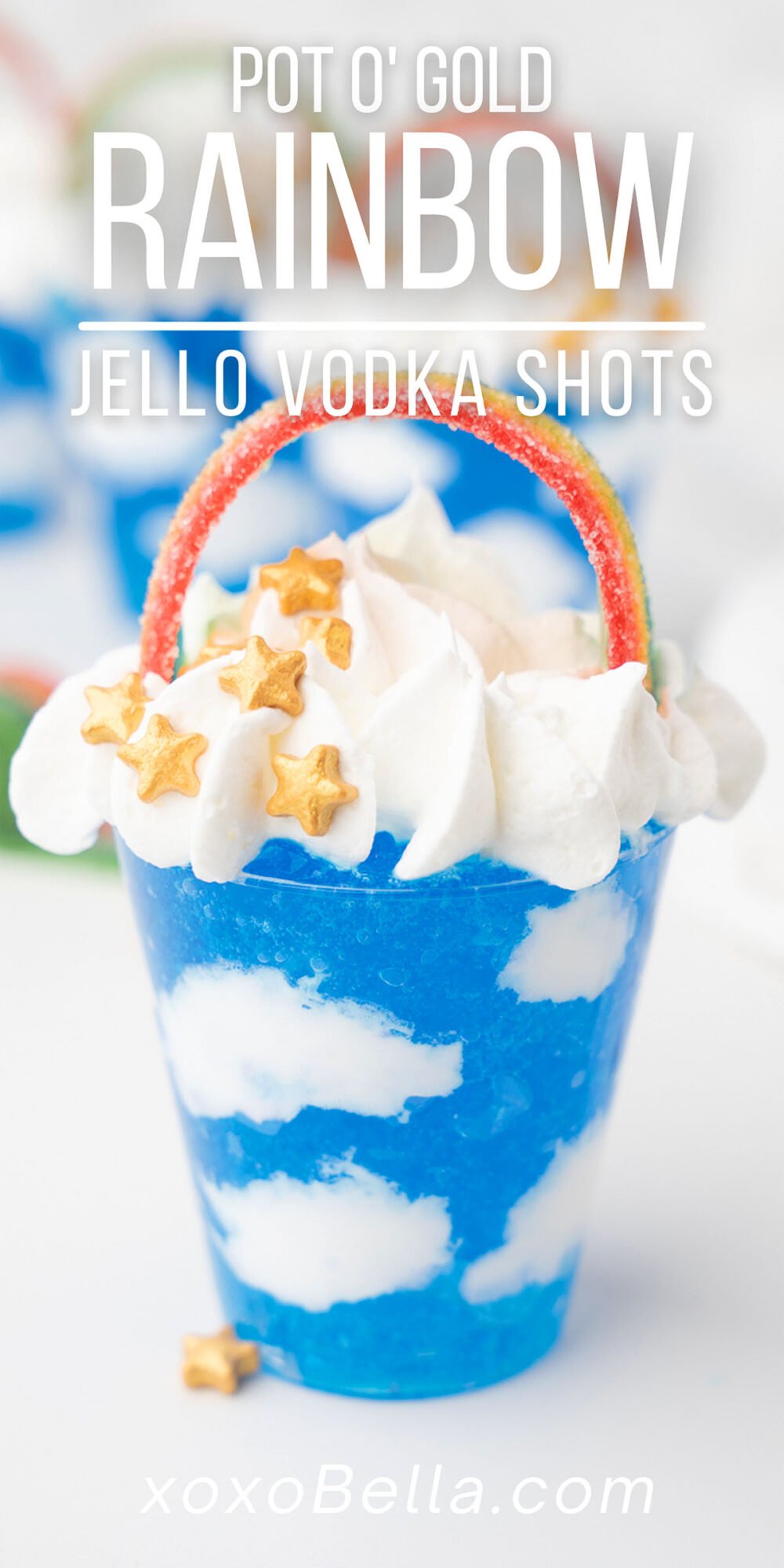 If you thought a shamrock shake or pint of Guinness were the only options for St. Patty’s Day, let me introduce these magical rainbow pot o’ gold Jello vodka shots! You only need 6 ingredients, one of which is boiling water, and these rainbow shots are so pretty! These rainbow shots with a Jello sky and Cool Whip clouds are perfect for St. Patrick’s Day or Pride Day. I am quite certain this is the cutest St. Patrick’s Day cocktail ever!

They boast plenty of berry taste as well as creaminess and they’re garnished with candy rainbows and gold star sprinkles so you can just imagine how cute they look and how yummy they are.

Along with blue Jello and water to make it, plus vodka and whipped topping, you will need rainbow candies and gold sprinkles. I love these edible gold stars but you can use any kind you want.

Any blue-coloured Jello would work, and any type of vodka. Cool Whip is a great whipped topping to use or you can use another type if you prefer or even freshly whipped cream although that does tend to melt into the Jello and won’t look as tidy. You will want the blue Jello sky and Cool Whip clouds to resemble the sky and clouds underneath that magical rainbow.

How to Make this St. Patrick’s Day Cocktail

Since rainbow pot o’ gold Jello vodka shots are made with gelatin, you will need to give them time to set so make them well ahead.

Dissolve the gelatin powder in boiling water then mix in the vodka. Pour this into a scratch-resistant baking pan then chill for 2 hours in the refrigerator until thickened. Scrape it with a fork to crumble it.

If you let the Jello set more it will be harder to crumble but you can always crumble it after 2 hours then keep the crumbled pieces until you’re ready to assemble the rainbow pot o’ gold Jello vodka shots.

The next step for this St. Patrick’s Day cocktail is to add some of the Jello mixture to a shot glass then add some whipped topping. Try to make cloud shapes with the whipped topping. You don’t need to be too exact when layering the ‘sky’ and ‘clouds’ since cloud formations are pretty random anyway!

Once you’ve finished making the Jello sky and Cool Whip clouds, add more whipped topping them make an arch with a rainbow candy belt and press each end into the creamy topping. Sprinkle some edible gold stars at the end of the rainbow to finish the rainbow pot o’ gold Jello vodka shots off perfectly.

How to Store These Rainbow Shots

These St. Patrick’s Day or Pride Day vodka shots will keep for up to 2 days if you keep them covered with plastic wrap and refrigerated. Since the gold stars tend to sink slowly through the cream topping, I’d recommend adding those shortly before serving. Else your ‘pot of gold’ is going to be floating in the ‘clouds’ rather than at the end of the rainbow where it’s supposed to be!

Are you thinking of having a St. Patrick’s Day party at your house this year? Now only are these St. Patrick’s Day rainbow shots ideal but you can also have fun decorating. How about making a balloon garland with green, white and gold balloons so people can take selfies there?

If you like these rainbow shots, you might also like Christmas Pink Peppermint Jello Shots with Vodka and Schnapps, Banana Cream Pie Rum Pudding Shots or Cherries and Cream Layered Jello Shots for Valentine’s Day. 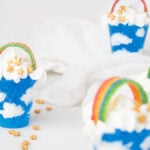 To Assemble the Shots

Store Jell-O shots on a tray, covered with plastic wrap, for up to 2 days. While you can add the whipped topping and candy rainbow ahead of time, add the sprinkles just before serving as they tend to bleed into the whipped topping when the shots are refrigerated.

Consider a fun costume contest and play Irish music. You could also make some other festive drinks or simply add green food dye to beer! 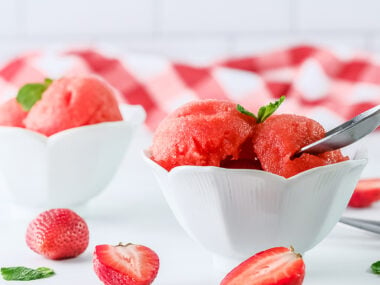 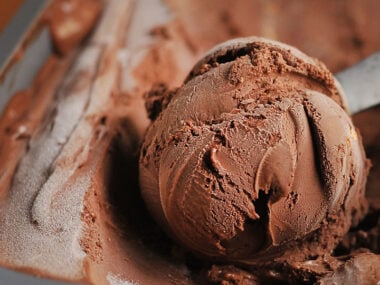 60 of the Best Ice Cream Recipes 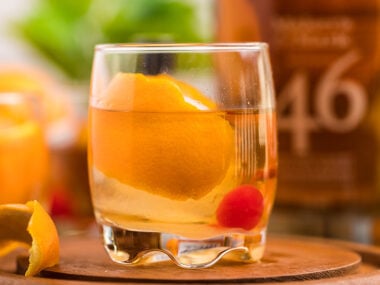