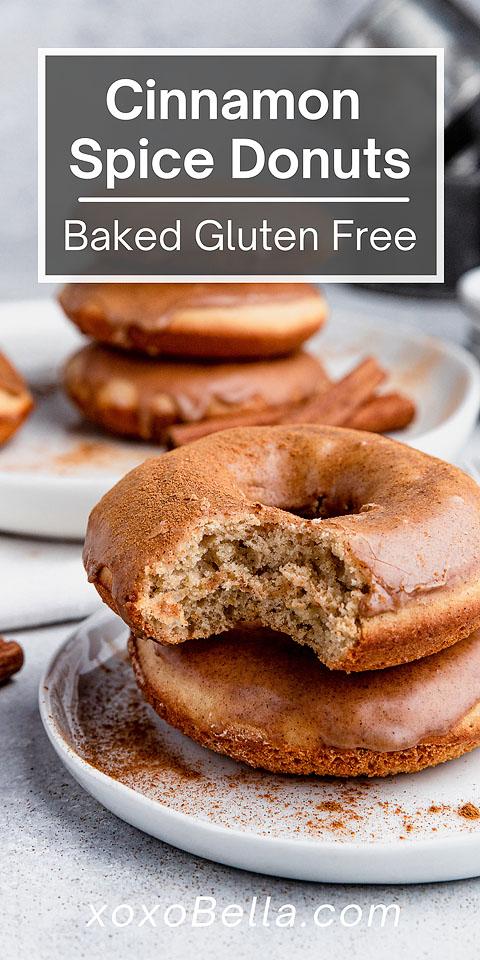 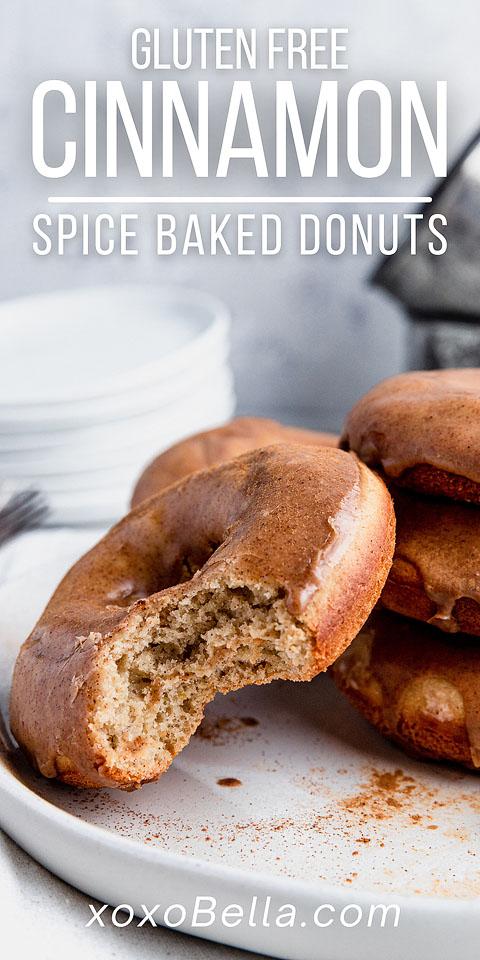 Expect an autumn flavoured donut with cinnamon and vanilla. The surprise ingredient is applesauce. It not only adds autumn flavour but also moisture. It goes so well with the cinnamon.

How to Make the Best Cinnamon Donuts Recipe

These baked gluten free cinnamon spiced glazed donuts include a yummy glaze. Powdered sugar, also known as confectioner’s sugar or icing sugar, blends with cinnamon, nutmeg, vanilla, and milk to make it. You can use regular milk or your preferred dairy-free alternative.

The first step in making this autumn flavoured donut recipe is to combine several ingredients. Once the flour, cinnamon, sugar, baking powder, and salt are well mixed, add in the vanilla, applesauce and eggs. It’s important not to over-mix the cinnamon donuts recipe ingredients else they might come out a bit tough.

If you like, you can swap half the cinnamon in the batter for nutmeg. A splash of almond extract rather than the vanilla would also be nice. As for the applesauce, I used the unsweetened kind because it’s already pretty sweet.

The best way to get round donut shapes with this loose batter is to pipe it into a donut baking pan. Choose from a regular piping bag or a Ziploc bag with the corner snipped off. They don’t have to be perfectly flat either. A ‘rustic look’ is just as good for homemade gluten free baked goods!

Now some recipes can be rolled into ‘snake’ shapes and arranged in the donut pan but this batter is quite loose so you will need to pipe it in there.

How to Make the Oven Baked Donut Glaze

One of the best things about baked gluten free cinnamon spice glazed donuts is the tasty glaze. You can prepare it while the donuts bake. First mix the cinnamon and nutmeg into the powdered sugar. Next add the vanilla and then the milk.

It’s best to add the milk a little at a time because if you add too much the glaze will be too runny. So just add a little, stir and then add more if need be.

Once the gluten free baked donuts are cool you can go ahead and add the glaze. Just dip the tops of the donuts into the glaze and then wait until it sets. You can then bite into this mouth-watering oven baked donut. And you’re going to love it!

You can store baked gluten free cinnamon spice glazed donuts for up to a day. They really are best enjoyed as soon as you make them though. And believe me, when you smell these gluten free baked goods cooking, you will want to eat them all!

Keep leftover gluten free baked donuts in a paper bag or paper pastry box. Don’t put them in a plastic container or plastic bag though. If you do your autumn flavoured donut recipe will get soggy.

Can You Freeze an Oven Baked Donut?

Another idea, if you know you won’t eat all of these within a day, is to freeze them. Freeze baked gluten free cinnamon spice glazed donuts when they are cool but without the glaze. Put them on a baking sheet in one layer in the freezer for a few hours.

After that, transfer them into a large freezer bag. They will keep for a few months. Thaw them on a microwave-safe plate in the microwave for about 10 or 15 seconds. They thaw quickly. Alternatively you can thaw these gluten free baked goods on the kitchen counter overnight. Then you can prepare the glaze and glaze them.

A cinnamon donuts recipe is perfect for the upcoming cooler months. There is just something so delicious about a cup of coffee or warm apple cider and an autumn flavoured donut fresh from the oven.

If you are a fan of this cinnamon donuts recipe, you might also like Apple Pie Muffin Top Cookies with Vanilla Maple Glaze, Homemade Apple Cinnamon Fritters – My Dad’s Favourite or Easy Heart Shaped Mini Sugar Doughnut Holes. 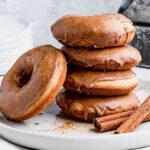 These baked gluten free cinnamon spice glazed donuts are simple to make and their taste and texture is just perfect. So if you want a cinnamon donuts recipe which is gluten free but still delicious, this is it! 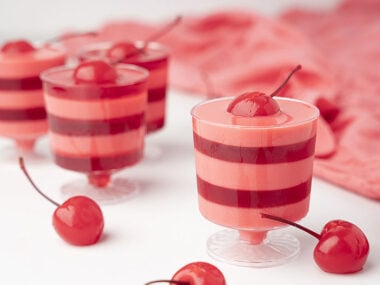 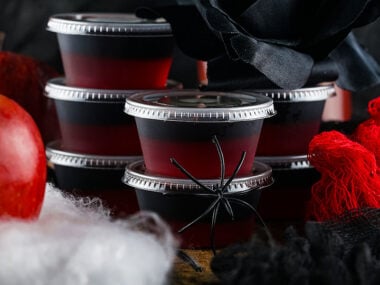 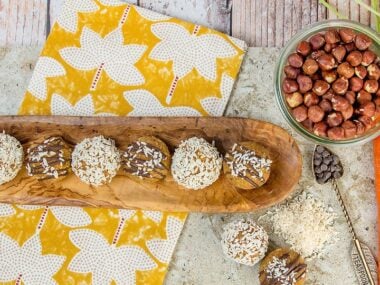